Hemp is part of the cannabis family that includes all varieties that contain negligible amounts of THC, the chemical in “marijuana” which is psychoactive and gets you “high.”

The 2018 Farm Bill officially defines hemp as “the plant Cannabis sativa L. and any part of that plant, including the seeds thereof and all derivatives, extracts, cannabinoids, isomers, acids, salts, and salts of isomers, whether growing or not, with a delta-9 tetrahydrocannabinol concentration of not more than 0.3 percent on a dry weight basis.”

The Cannabis family contains numerous varieties, yet it is most famously known for psychoactive cannabis (marijuana or “weed”). This is the main reason why people confuse the term hemp with marijuana. Hemp actually refers to the industrial variant which is cultivated for its fiber, hurd, and seeds, as well as the other natural healing compounds found in its leaves.

The seed is mainly used in dietary products. Hemp seeds are typically hulled and use in variety of ways. Seeds can be eaten raw, ground into a meal, made into milk, and are even used to make protein powder.

Hemp seeds can also be pressed and made into oil. Hemp seed oil can be used as salad dressing, paint, ink, and is a core ingredient in many body care products

Canada is the biggest producer of hemp seeds with over 84,000 acres licensed for cultivation in 2015. Most of the hemp strains grown in Canada are called Finola. Finola is known for producing the most amount of seeds, but they are very short so can’t be used for their stalk. Over time, more farmers are experimenting with dual use varieties that can be used for both seeds and stalks.

When you slice a hemp stalk in half, you’ll see, nestled in a snug hollow tube, a long, string-like band running the length inside. This is hemp’s famous bast fiber. When harvested correctly, the fiber is actually stronger than steel. The stalk and its fiber are used mainly in clothing, construction materials, paper, and more.

Historically, so many different applications have been found for hemp’s stalk. In a 1938 Popular Mechanics article, hemp was stated to be the next ‘billion dollar crop’, as it praised its bafflingly strong fibers. The magazine found there to be more than 25,000 industrial uses for hemp. Applications of hemp stalk include apparel, bags, rope, netting, canvas, and carpet.

China is the world’s biggest producer of hemp stalks, with the government claiming the hemp industry to be over $200M.

Often referred to as the woody core, hemp hurd is the soft inner core of the hemp plant stem. It is highly absorbent and rich in cellulose and great thermal and acoustic properties. The hurd can be used in two different forms:

Out of its many applications, hemp concrete (hempcrete) has been gaining a lot of attention globally as a natural substitute to concrete. More houses in Europe and Canada are starting to be built in hempcrete due to its strong insulation, windproof, and low carbon footprint properties.

Hemp seeds are considered the “perfect food”, making it a great supplement to add to your diet. Learn more about how hemp seeds as superfood.

Hemp is commonly misunderstood due to its association with marijuana. Read more on common questions about hemp.

The Revival of Hemp

After being shunned for 40 years, why is hemp now in the spotlight?

Realizing the benefits of the Miracle Crop

As more people start paying attention to hemp, more facts are shared to demonstrate the power of this plant—hence why it’s often called the “Miracle Crop.” What has really been highlighted is the hemp seed’s nutritional benefits and its fiber’s durability. Hemp has been known to have over 25,000 applications. The key benefit of hemp is that it is such a sustainable and eco-friendly crop as well as being so useful. Hemp will be a key ingredient as we fight global warming and climate change.

Playing catch up after legalization

In 2018, the United States legalized hemp again, after a few years of experimental hemp growing that began in 2014. However, other countries are still far ahead of us. China has a $200M hemp textile industry and is rapidly expanding into other hemp markets. Europe is utilizing hemp more for industrial purposes and has more advanced hemp building materials. Canada’s hemp industry has exploded in the past decade and its demand continues to grow at 20% per year — ironically, most of this demand comes from the U.S.

An economic force for our farmers and small businesses

While several states already have hemp growing programs, others are waiting for the USDA to set official hemp policies for the United States. The U.S. grew 78,176 acres of hemp in 2018, a number expected to increase dramatically once 2019 figures get totaled up and reported. Currently, most hemp in the U.S. is grown for CBD, the popular nutritional supplement with numerous benefits. But with hemp’s huge potential for textiles, food, paper and plastics, and even building material, we expect to see a rapid expansion in both acreage and varieties of hemp grown in the United States.

1. Smoking Hemp Can Get You High

THC (the chemical that causes the psychological effects in marijuana) level is so low in hemp that it is impossible for you to get high from smoking it. Actually, hemp contains another chemical called CBD that blocks the effectiveness of the THC chemical.

2. Buying and Selling Hemp Is Illegal In The United States

Buying hemp products that are in their final form is completely legal. These include products such as hemp protein powder, seeds, oil, soap, apparel or anything else that’s made from hemp.

Only growing hemp is illegal in the US at the federal level. (This is rapidly changing at the state level!)

3. Even If Hemp Is Low THC, You Could Still Extract The THC To Ultimately Create A Drug

Extracting THC while also removing CBD from hemp would be extremely hard and time consuming that it’s very unlikely for anyone to try it. It would be much simpler for the person to try to obtain marijuana some other way.

4. You Could Use Hemp Fields To Hide Marijuana

Hemp and marijuana are grown in two extremely different ways. Marijuana has to be grown in a controlled environment, whereas hemp is adaptable to much more adverse climates. Hemp also grows very densely and would make it impossible for marijuana to grow amongst it.

Hemp has been proven to be a successful and profitable industry in several different industrialized countries, where marijuana has not been an issue. It is quite silly to think that we have to oppose growing hemp (and all the economic benefits it’ll bring) simply because some might support the use of marijuana.

6. Legalizing Hemp Would Make It Impossible For Law Enforcement To Fight Marijuana

If we use other countries as a benchmark, we can prove that this shouldn’t be an issue. Canada legalized hemp back in 1998 and their police officers have experienced no trouble. Actually, legalizing hemp will help regulate the entire industry, as farmers and manufacturers will need to get licensed and registered. The actual hemp seeds will also need to get certified as all seed varieties will be tested to make sure they meet the THC threshold.

7. Hemp And Marijuana Are Actually The Same Plant

Technically true, as they come from the same Cannabis family.

However, hemp is completely different from marijuana in its chemical makeup, cultivation methods, and its applications.

8. The Constitution And The Declaration Of Independence Are Written On Hemp Paper

The two documents are written on parchment. The first and second drafts of the Declaration of Independence were written on Dutch hemp paper in the summer of 1776. The second draft was submitted, agreed upon, then copied onto animal parchment and signed on August of 1776.

9. Eating Or Using Hemp Will Make Me Fail A Drug Test

All industrial hemp products contain no psychoactive properties and THC levels are below detectable amounts in standard employment or athletic screening. That’s why you can find hemp products even at big retailers like Amazon or Wal-Mart

CBD oil from industrial hemp plants is legal in the US. However, be careful buying CBD products, as the CBD market is still largely unregulated. Read our blog post on what you should look out for when buying CBD oil. 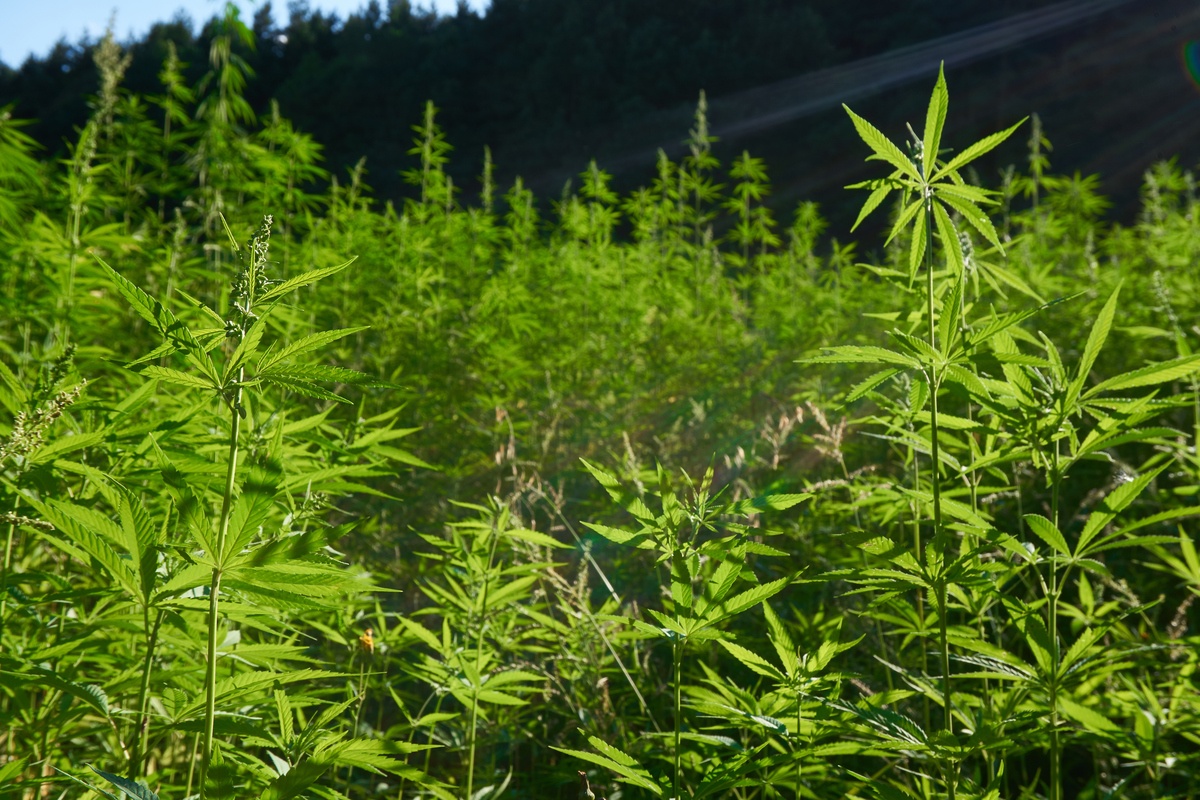