Hemp vs Marijuana: Similarities & The Differences

What makes hemp different from marijuana?

Are Hemp and Marijuana the Same?

Short Answer: They are two forms of the cannabis plant that are used very differently.

Hemp is different from marijuana in its function, cultivation and application. But these differences didn’t stop our political leaders from getting confused and accidentally grouping all forms of cannabis as a Schedule I Drug and banning it in 1970 under the Controlled Substances Act.

Psychoactive cannabis, or “marijuana” as it is widely known, is used for medicinal or recreational purposes. Many states are slowly legalizing recreational marijuana, but marijuana remains federally illegal. An amendment to the 2018 Farm Bill legalized hemp in the U.S.

Today, hemp can be used in variety of ways that marijuana cannot. These include healthy dietary supplements, skin products, clothing, and accessories. Today, you can buy legal hemp products not just online, but in many grocery stores and everyday businesses. Overall, hemp is known to have over 25,000 possible applications.

Even after almost 50 years, the government still seems to have some confusion in distinguishing the two plants. Despite the recent legalization, federal policies surrounding hemp growing and sales of hemp products are often still up in the air, and banks continue to treat hemp businesses like criminals. In some rare cases, there are still arrests over hemp, such as truckers arrested while transporting completely legal hemp.

Can You Get “High” Off Hemp?

Recently, people have started smoking hemp in the form of pre-rolled cigarettes, or bought as “buds” that look similar to marijuana. Smoking “hemp flower” can be very relaxing, but it won’t make you “feel high” like smoking marijuana. That’s because these legal hemp buds are high in a compound called CBD, but extremely low in the compound THC. Keep reading to learn more about these cannabinoids.

So How Can You Actually Tell The Difference?

Hemp and marijuana can be differentiated by looking at their chemical makeup, method of growing, natural adaptability and, sometimes, appearance. Marijuana and hemp have noticeable and contrasting differences.

Marijuana often looks different from hemp. When you observe their leaves, marijuana’s shape tends to either be broad-leafed, a tight bud, or look like a nugget with tiny hairs or crystals. Hemp, on the other hand, has skinnier leaves that are concentrated at the top. Few branches or leaves exist below the top part of the plant. When you observe the plants from afar, marijuana looks like a short fat bush. Hemp, especially hemp grown for fiber or seed, is typically skinnier and taller (up to 20 ft). At times, it almost looks like long ditchweed – hemp was actually found to grow among weeds in Nebraska, Kansas and many other states. In general, when you compare a marijuana farm with those of industrial hemp, you’ll notice that they are clearly very different from one another.

The main difference between the two is in their chemical composition, specifically in tetrahydrocannabinol (THC). THC is the chemical responsible for marijuana’s psychological effects. An average batch of marijuana contains anywhere from 5-20% THC content. Some premium marijuana can have up to 25-30% THC. Legal hemp, on the other hand, has a max THC level of 0.3%, essentially making it impossible to feel any psychoactive effect or get a “high.” This threshold is heavily regulated in other countries that have legalized hemp. Hemp also has high cannabidiol (CBD) which offers numerous unique benefits.

The environment in which hemp and marijuana are grown are often strikingly different. Hemp is grown closely together (as close as 4 inches apart) and are typically grown in large multi-acre plots. It can also grow in variety of climates and its growth cycle is 108-120 days. There are numerous varities of hemp, which can be grown for fiber, seed, or CBD content. Unlike hemp, marijuana requires a carefully controlled, warm, and humid atmostphere for proper growth. Its growth cycle only 60-90 days. Medical cannabis also cannot be grown too close to each other. They are typically grown 6 feet apart. Hemp and marijuana can’t be grown together: if marijuana grows among (or close to) a hemp field, the hemp’s pollen would immediately ruin the marijuana crop, diluting marijuana’s psychoactivity. Both crops would become useless.

What are the chemicals that make hemp and marijuana different?

Tetrahydrocannabinol, also called THC, is the chemical responsible for marijuana’s psychological effects. An average batch of marijuana contains anywhere from 5-20% THC content. Some premium marijuana can have up to 25-30% THC.

In order to remain legal, hemp must remain below the maximum THC level of 0.3%, essentially making it impossible to feel any psychoactive effect or get a “high.”

CBD has analgesic, anti-inflammatory, and anti-anxiety properties without any psychoactive effects. Thus, it has recently gained popularity as a medical supplement and is now the leading application of hemp in the U.S. Some researchers believe that all the natural compounds in hemp work together, something called the “entourage effect.” This means the tiny amounts of THC could enhance the action of CBD, but you still won’t “feel high.”

Buyer beware: Not all CBD is created equal, and there are even fraudulent products on the market. The CBD market is currently unregulated, meaning consumers need to be careful! We recommend being very cautious and researching all products before purchasing CBD oil. Our website is full of useful resources like the best CBD oil guide to help you make the right purchase.

Sativa strains are typically taller, loosely branched, and have long, narrow leaves. They are usually grown outdoors and can reach heights of up to 20 feet. Sativa plants typically have a higher concentration of CBD enzymes, essentially causing no mind-altering effect.

Indica strains are shorter, densely branched and have wider leaves. They are better suited for growing indoors. Indica plants contain higher THC content, which has an intoxicating effect of causing a “body buzz”.

Note: Many hybrids of these plants have been developed recently, so it is more important to examine the exact level of THC, CBD and other compounds in a plant rather than strictly categorizing them “sativa” or “indica”

How Hemp got grouped with Marijuana

Was it right to ban hemp along with marijuana?

In the 1970s, President Nixon declared a “War on Drugs” and signed into law the Controlled Substances Act of 1970. This law established a set of banned drugs and created the Drug Enforcement Administration (DEA). It also unintentionally outlawed one of the world’s oldest domesticated crops, hemp.

The war on drugs actually began even decades before, with cannabis one of the first targets. Despite this, cannabis is an extremely safe plant which can benefit people and the planet in thousands of ways. But these laws not only led to the demise of hemp, but also an increased misconception of the plant and its benefits. People feared hemp, when it had benefited humanity for centuries.

In the Controlled Substances Act, marijuana was grouped with all types of cannabis and was made illegal to grow in the US. This, unfortunately, classified hemp as a drug even though it doesn’t include any of the chemicals that make marijuana a drug.

Final thoughts on hemp vs. marijuana

At Ministry of Hemp, we support all forms of the cannabis plant. Ultimately, we believe cannabis should be fully legal for anyone to safely use to enhance their lives, whether that means smoking psychoactive cannabis (“marijuana”), taking hemp-derived CBD, or building hempcrete homes.

Hemp is now fully legal at the federal level, though many state and federal regulations and policies are still behind the times. Meanwhile, marijuana is slowly becoming legal state by state, and could someday be federally legal too.

Despite our support for all forms of the plant, we also think it’s important to recognize the differences. While medical marijuana can transform lives for the better, industrial hemp in all its forms has thousands more uses. We’ll only discover its full potential to benefit humanity if we cultivate all forms of the plant, and expand our understanding of all its uses. 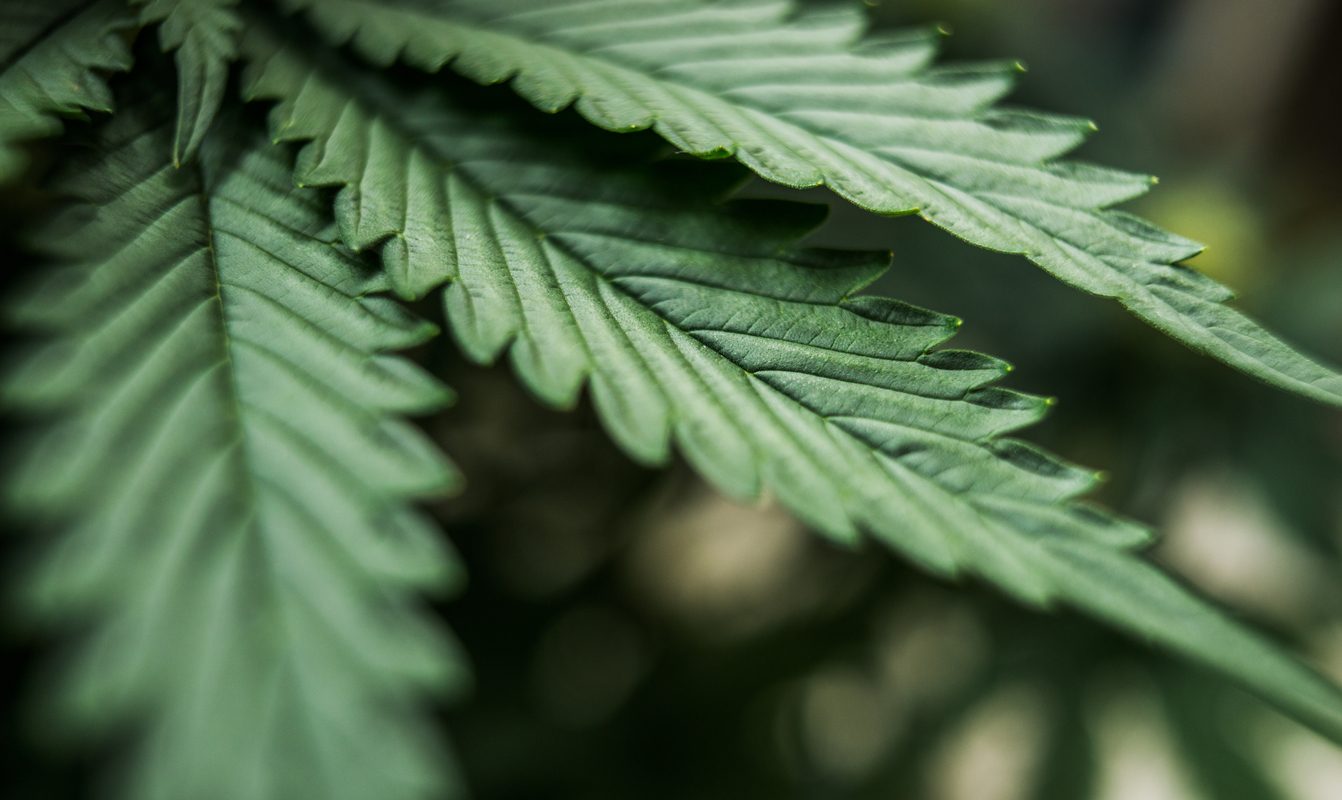