History Of Hemp In The US

The journey of hemp, from oldest domesticated crop in the world to its rediscovery in the US

“It would be wryly interesting if in human history the cultivation of marijuana led generally to the invention of agriculture, and thereby to civilization.”

The first traces of hemp were found way back in 8000 BCE in Asian regions that are now modern day China and Taiwan. The oldest remnants discovered to date are hemp cords used in pottery and records that show that hemp seed and oil were used as food in China. When you consider that human agriculture started about 10,000 years ago, you can assume that hemp was one of the first agricultural crops.

Throughout history, hemp continued to spread across civilizations. Evidence of hemp material have been found in Asia, Europe, Africa, and later in South America. Several religious documents ranging from Hinduism to ancient Persian religions also mention hemp as a “Sacred Grass” or “King of Seeds”. Throughout generations, hemp was a key ingredient in everyday life, as it was used to daily essentials such as clothes, shoes, ropes, and paper.

Loved by our Founding Fathers

North America was first introduced to hemp in 1606. Ever since, American farmers grew hemp that was used across multiple different products, such as paper, lamp fuels, and ropes. In the 1700s, farmers were even legally required to grow hemp as a staple crop. Many of our founding fathers grew hemp and advocated its uses and benefits. Notably, George Washington grew hemp on his estate.

The origins of hemp

The 20th century & beyond

Hemp in the 20th Century

Although hemp was a big part of early US history, attitude towards the crop started to change in the early 1900s. When the US government increased its resolve to fight against drugs such as marijuana, hemp somehow got grouped with its cannabis cousin. The Marijuana Tax Act of 1937 started the major decline of the hemp industry, as all hemp sales started to get heavily taxed on. There has been some controversy over this bill, as some have argued that this policy was aimed to reduce the size of the hemp industry in order to help the emerging plastic and nylon industries gain market share.

US realizes need for Hemp in WWII

The United States reversed its stance in 1942 when they realized they needed hemp for the war effort. The Department of Agriculture started to heavily promote hemp and started publishing various benefits that hemp offered (i.e. findings that hemp produces 4 times more paper per acre than trees). The peak of the hemp promotion was when the US government released a pro-hemp documentary called Hemp for Victory, which encouraged farmers throughout the Midwest and Southeast to grow hemp to support the war. This led to over 400,000 acres of hemp being planted during 1942-1945

Drug War leads to the Demise of Hemp

Shortly after this program, the U.S. government went back to its original stance on hemp again and the industry continued to decline. Other alternative sources, such as plastic and nylon, were encourages across multiple industries. This led to fewer farmers cultivating hemp and many hemp processors declaring bankruptcy. The last commercial hemp farm in the U.S. was planted in Wisconsin in 1957. Hemp farming was eventually officially banned altogether in 1970 with the passage of the Controlled Substances Act in which hemp was included as a Schedule 1 drug, grouping this crop with drugs like heroin and LSD.

The peak of U.S. hemp farming was during World War II when the US government promoted hemp through its “Hemp for Victory” program, which encouraged farmers throughout the Midwest and Southeast to grow hemp to support the war.

Read about how the government suppressed the USDA film “Hemp For Victory” until its rediscovery by hemp advocates.

Hemp Today & Looking To The Future

The people and our government are realizing hemp’s potential to make a positive impact on our health, economy and environment.

After almost 30 years of being forbidden, the U.S. allowed businesses to import dietary hemp products in 2004. In the new century, application of hemp started to diversify as artisans and small businesses imported hemp fiber for clothing and textiles. The first big win for U.S. farmers came in 2007, when two North Dakota farmers were granted hemp licenses—the first time in over 50 years. Building on this, a Farm Bill signed into law in 2014 allowed more states and some businesses to begin experimenting with hemp, under the guise of research into restoring this crop to American life. Ultimately, hemp and all its derivatives became fully legalized in 2018, through the passage of the Agricultural Improvement Act of 2018.

The return of legal hemp brought an explosion of interest in this crop and products made from hemp, especially CBD oil. Farmers licensed over 500,000 acres of hemp across 34 states in 2019. Less than half were actually planted and harvested. Producers turned most of the hemp harvested in 2018 and 2019 into CBD oil or hemp extract, the hyper-popular supplement with numerous benefits. Consumers drove CBD sales to over $1 billion in 2019. In addition, individual states continue to pass laws facilitating hemp growing and the production and sales of CBD supplements within their borders.

While the 2018 Farm Bill legalized hemp, other challenges remain for the new U.S. hemp industry. USDA regulations suggest the Drug Enforcement Administration wants to retain control over many aspects of the industry. The CBD industry awaits regulation from the Food and Drug Administration. Banking, credit card processors, and tech companies often refuse to work with hemp companies. At the same time, more farmers, entrepreneurs, and consumers are interested in hemp than ever before. A new infrastructure is growing to help farmers harvest and process their crops, while new people are discovering hemp and CBD every day. A Gallup poll in 2019 suggested 14% of Americans use CBD products. With a new U.S. hemp industry making history, the future looks bright for this beneficial multipurpose crop. 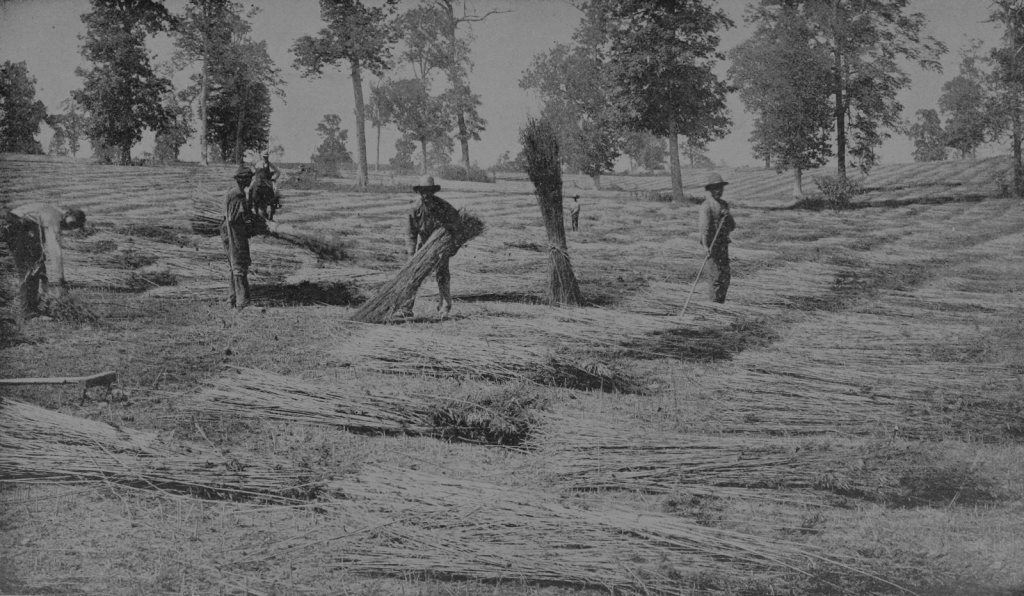