CBN, short for cannabinol, is a rare cannabinoid found in hemp and cannabis which might help people sleep or act as an anti-inflammatory, among other benefits.

Despite the low levels of CBN found in hemp and psychoactive cannabis (“marijuana”), popularity in this cannabinoid is booming.

More and more information seems to be coming out on the positive effects of cannabinoids. Today, we’re going to look at CBN (cannabinol) and why some companies that sell CBN are calling it the next big thing for those suffering from insomnia, glaucoma, and arthritis.

While you know we’re big fans of hemp and everything made from it, we’re also believers in science, and the science of CBN is very new. As we’ll explain below, there’s still not a lot of evidence to back up brands’ claims when it comes to the benefits of CBN. At the same time, what is there is promising, suggesting CBN can help people feel better like the other compounds found in hemp such as CBD or Cannabigerol (CBG).

CBN is found in high amounts in older cannabis, but still less than 1% total in the plant.

Is CBN a sleep aid? Can CBN help with insomnia?

By far, the most popular, and most controversial property of CBN is its use as a sleep aid. It’s controversial because while some users (and hemp brands) swear by its sleep aid properties, the research is much less conclusive.

In one CBN controversy, a lab retracted a study suggesting it worked favorably when compared with diazepam.

One study, conducted in 1975, looked favorably at the effects of CBN on sleep. However, it involved CBN used in combination with THC, the main active ingredient in psychoactive cannabis. The results seemed to show that subjects felt more drowsy when taking THC with CBN, but didn’t feel much difference from cannabinol alone.

Other than this single study, there’s not a lot of evidence to scientifically prove whether cannabinol helps you sleep better.

In a CBN sleep aid controversy, Steep Hill, a cannabis science and technology company, published a study comparing the effects of CBN to the powerful prescription sleep drug diazepam. Recently, however, they changed the text to read “Initially, it was reported that CBN was a promising adjunct in the treatment of insomnia, but with the advent of a few small trials, sedative qualities have not been observed. Further study is required.”

Right now, it seems like CBN may or may not act as a sleep aid. It might work better when combined with other cannabinoids, especially THC, because of the “entourage effect.” Until more research is done, our readers should try it for themselves and see how it works. Everyone is different and what does work for one doesn’t necessarily mean it will work for another.

Other benefits of CBN

In other early research, CBN is showing many medicinal properties. Of the different websites we explored, Leafly offered the most comprehensive list of this compound’s benefits.

One thing you’ll notice about this research is it’s very preliminary. Just because something works in a lab or on rats, doesn’t mean it will work the same for humans. With that in mind, let’s take a look.

A 2008 study looked at the effectiveness of cannabinoids on antibiotic-resistant bacteria. Cannabinol showed promise in the lab as an antibacterial agent. It’s important to note, we still don’t understand the mechanism of action — in other words, scientists don’t understand how hemp compounds fight bacteria.

In a 2005 study of cannabinol in rodents, researchers used the compound as a treatment for ALS. They found it was able to delay the onset of the condition.

The authors note, “Further research is necessary to determine whether non-psychotropic cannabinoids might be useful in ameliorating symptoms in ALS.”

In yet another study on rodents, CBN was shown to increase the amount of food that rats ate. It’s interesting that THC, the cannabinoid known for giving users the “munchies,” is the precursor for CBN.

CBN might help those suffering from glaucoma. In a 2007 study on rabbits, CBN (as well as THC) reduced intraocular pressure – the biggest risk factor for glaucoma.

Before you get too excited, it’s important to note that CBN did not prove to be more helpful than traditional glaucoma medications.

As with other cannabinoids, CBN acts as an anti-inflammatory agent, and helps those with rheumatoid arthritis. In one study on rodents, it was shown to reduce symptoms of arthritis.

How to take CBN

The most popular way to take CBN is under the tongue (sublingually) via tincture. You should hold the tincture under your tongue for at least 30 seconds and swish it around your mouth a bit before swallowing. This ensures maximum absorption.

Most CBN tinctures contain between 50 – 300mg of CBN per 30ml (1 ounce) bottle. Many of the tinctures available offer a combination of CBN and CBD, most commonly in a ratio of 1 parts CBN to 3 parts CBD.  It is also sold in combination with CBD and other cannabinoids as a full-spectrum oil.

‘Start low and go slow’ — begin with half a dropper or less before bed, and try that for a while to see how it affects you.

Although CBD and CBN do work synergistically, especially as a sleep aid and for pain management and inflammation, there is one word of caution when combining these two cannabinoids. While it is perfectly safe to combine them, they do have contrasting benefits. For example, CBD can act as a mild appetite suppressant while CBN works as an appetite stimulant. So, depending on wait ails you, it may be more beneficial not to combine them.

You can also find this compound in capsule form, especially intended as a sleep aid. You can also sometimes find cannabinol as an isolate (an odorless, flavorless powder or crystal) or smoke the compound in hemp and cannabis flower.

Dosage advice: As always with cannabinoids, we recommend that you “start low and go slow.” That means you should take begin by taking a very small dose of CBN, and wait to see how it affects you before increasing.

For example, you might start with a half dropper of tincture before bed, and try that for days or weeks, adjusting up or down as needed, to find your optimal dose. Be careful when mixing CBN with other substances that might make you drowsy or dizzy.

Can CBN interact with pharmaceutical drugs?

Presently, there are no known interactions when combining CBN with medications. However, this doesn’t mean things won’t change as this compound becomes more mainstream and is studied more.

Though there are no proven interactions, check with your doctor before starting any new cannabinoid supplement.

In our article on CBD side effects, we talked about the possibility that CBD could interact with drugs that have a “grapefruit warning.” Right now, we don’t know if cannabinol has similar effects or not.

As noted by Project CBD in 2020, a study published in Drug Metabolism and Distribution looked at the risks of interactions between plant cannabinoids and a drug-metabolizing enzyme called carboxylesterase (CES1). CES1 Is important for activating and inactivating drugs that regulate blood pressure, as well as the drug Ritalin.

Researchers at the University of Michigan and Florida showed that the cannabinoids THC, CBD, and CBN all inhibit CES1. However, this is probably not a cause for alarm because of the large amounts needed to cause harm.  For example, they said it would take hundreds of thousands of milligrams of CBD to do any damage. Though CBN is more potent, the dosage needed to interfere with these drugs still far exceeds the dosages used by consumers.

As always, it’s best to check with your doctor before taking this or any other cannabinoid supplement.

We hope this article on cannabinol provided some useful information, even though there’s still so much we don’t know.

As mentioned briefly, cannabinoid use affects everyone differently. There is no exact science to this yet. So, while it’s important to do your research, it’s also as important to be patient and try different cannabinoid combinations and dosages until you find what works for you.

Kit O’Connell contributed to this guide. 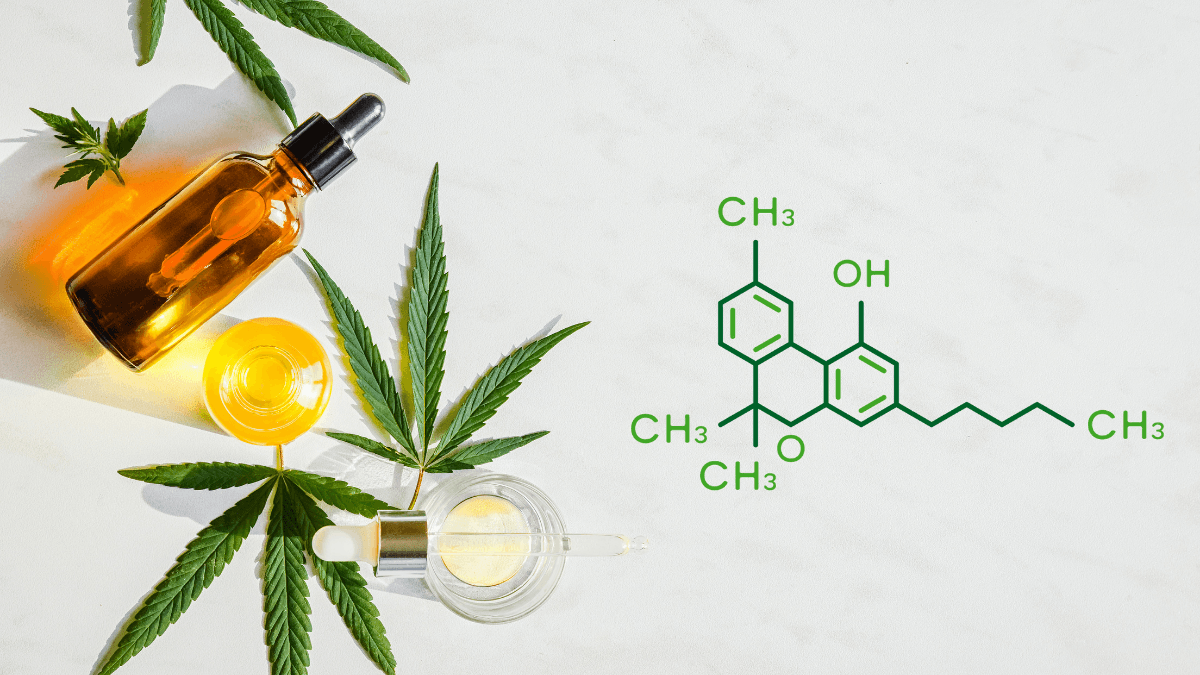 52 CBD Products On The Market

How Long Does It Take For CBD Oil To Work? How Fast Acting Is CBD?

CBD Oil For Dogs With Seizures & Other Ailments