What is CBG? An Introduction to Cannabigerol (CBG)

Cannabigerol, or CBG is one of more than 120 cannabinoids found in the hemp (cannabis) plant. It is showing great promise for treating a variety of ailments.

In today’s article we’re going to be looking at the newest cannabinoid to rock the health and wellness industry since CBD made its splash a few years back.

What’s interesting about CBG is that it’s sort of an enigmatic cannabinoid. Cannabis plants contain only trace amounts, yet it’s considered the “mother of all cannabinoids.” And, because it’s found in such small amounts, it makes it tough to study and research.

With that said, we’re going to share what we do know about this amazing cannabinoid, so you can determine if it’s right for you.

The ‘mother of all cannabinoids’

Before we jump into what all the fuss is about, it’s important to first give an overview of the science behind this cannabinoid, and why it’s considered the “mother” of all other cannabinoids.

You see, cannabinoids start out in an acidic form. Before CBD becomes CBD, it starts out as Cannabidiolic acid (CBDA) and through heat or sunlight the acid burns off and you’re left with CBD. The same is true for THC and other cannabinoids; CBG is the precursor for this.

Cannabigerol (CBG) starts out as Cannabigerolic acid and morphs into other acid based cannabinoids, which in turn through heat and sunlight form into their various non-acid cannabinoids, such as CBD, THC, etc.

Want a quick introduction to CBG? This video will get you started. Our video producer Desiree explains the basics of CBG, including comparing it with CBD, the better known compound made from hemp.

Thanks to our friends at Social CBD for sponsoring this video introduction to CBG!

We explain CBG in a lot more detail in the article below.

What is CBG oil?

So what exactly is CBG? Like CBD, CBG is a non-psychoactive cannabinoid — it won’t make you “feel high.” It’s most abundant in high-CBD hemp plants. High CBG strains also typically contain low levels of THC — the most common cannabinoid that is psychoactive.

CBG may even lessen the effects of paranoia sometimes caused by THC.

Although medical studies are just getting underway, this compound shows great promise in aiding or treating a number of ailments.

We examined a number of published articles and research studies. We found healthline.com had the most thorough list of the medicinal benefits of CBG. Below is a summary of our research:

Of course, initial research is just that: an indication that this substance requires closer study. Just because something shows promise in the lab, or on rats, does not mean it will always help people in the real world.

One of the problems with studying CBG is the price – It’s expensive.

Why is CBG so Expensive?

Like most things, the price of CBG comes down to supply and demand.  When the popularity of CBD really first hit the marketplace, the price was also high due to a lack of supply versus demand.

However, CBG is a little different. As we touched on earlier, most hemp plants only contain trace amounts of CBG. In fact, a high-CBD hemp strain might contain as much as 20% CBD and only 1% of CBG. That means it takes huge amounts of biomass (hemp plant material) to a tiny amount of extract. Obviously, this increases the price.

According to Kent Vrana Ph.D., chair of the department of pharmacology at Penn State College of Medicine, that’s because cannabigerol doesn’t stick around for long.

In an article published on MSN.com chair of the department of pharmacology, Kent Vrana Ph.D., says it best “The plant (cannabis) generally doesn’t store it or accumulate CBG because it all gets converted to THC, CBD, and another compound,” Vrana told MSN.com.

There is an opportunity cost that comes down to two choices:

No matter which choice is made, something else must give. If you capture CBG before it synthesizes, you aren’t able to harness the other cannabinoids. If you wait until a full harvest, you get only trace amounts of cannabigerol.

According to Vrana, “plant biologists are now creating strains to increase the amount of CBG.”

Hopefully, prices will come down at some point.

We still need to learn more about how CBG interacts with other medications.

Presently, there are no known interactions when combining CBG with medications. That could change as CBG sees more research and widespread usage. As always, it’s best to check with your doctor before taking CBG or any other cannabinoid.

Users do need to need to be aware when taking medications that come with a grapefruit warning. We know that CBD can bind to the same enzymes that grapefruit does, specifically CYP450 enzymes. That could theoretically cause the body to take longer to process the drug, increasing levels in the bloodstream. Right now, we’re still learning how this works with CBD, so we know even less about CBG.

The most common medication types with grapefruit warnings are:

Be sure to check with your doctor before combining any of these drugs with CBG or CBD.

Besides the fact CBD and CBG are different cannabinoid compounds, there are more similarities than differences between the two.

Both CBD and CBG:

Can these two cannabinoids be taken together? Absolutely! In fact, it’s encouraged. Certain cannabinoids are known to work well together. CBD and CBG are two that do.

CBD regulates levels of the body’s natural cannabinoids, which bind to brain receptors. CBG works closely with those same receptors. So, in a sense by combining the two, you’re getting benefits from both sides, a synergistic approach.

For more information about these two cannabinoids, check out our complete CBD vs. CBG comparison.

How to take CBG

There are multitudes of ways to dose CBG. In general, taking this compound will be similar to CBD.

Here are the most common ways to take CBG:

Just like CBD, tinctures are the most common way to take CBG. CBG, along with other cannabinoids, are extracted from hemp plants. Then, they’re mixed with a carrier oil (like hemp seed oil or MCT oil) to make a tincture.

Cannabinoids can easily be combined in tincture form, meaning some products may contain cannabigerol alone while many more combine CBG with CBD and other trace cannabinoids.

How to consume: Tincture drops should be applied under the tongue and held for 60-90 seconds before swallowing.

Instead of undergoing the extraction process, it’s possible to simply smoke strains of hemp that are high in CBG. Smoking is one of the most rapid and efficient ways of absorbing cannabinoids. As long as it contains less than 0.3% THC, hemp flower is fully legal to possess and consume in most parts of the U.S.

How to consume: The method is the same as other smokable hemp or cannabis products. You can buy pre-rolled hemp “joints,” or hemp buds that can be broken up and rolled into joints or smoked in a pipe.

Other ways to take CBG

We sincerely hope this article sheds some light on the newest cannabinoid to hit the marketing since CBD. Just like the splash CBD made a few years back, there is a great deal of hype surrounding CBG and its potential uses and benefits.

While CBG might be the “buzzworthy” supplement at the moment, early research is promising. However, as with all cannabinoids, the market is still in its infancy. Much more research needs to be done.

In the meantime, try CBG out for yourself, experiment to find your perfect dosage, combine it with CBD and see if it works for you.

Kit O’Connell contributed to this guide. 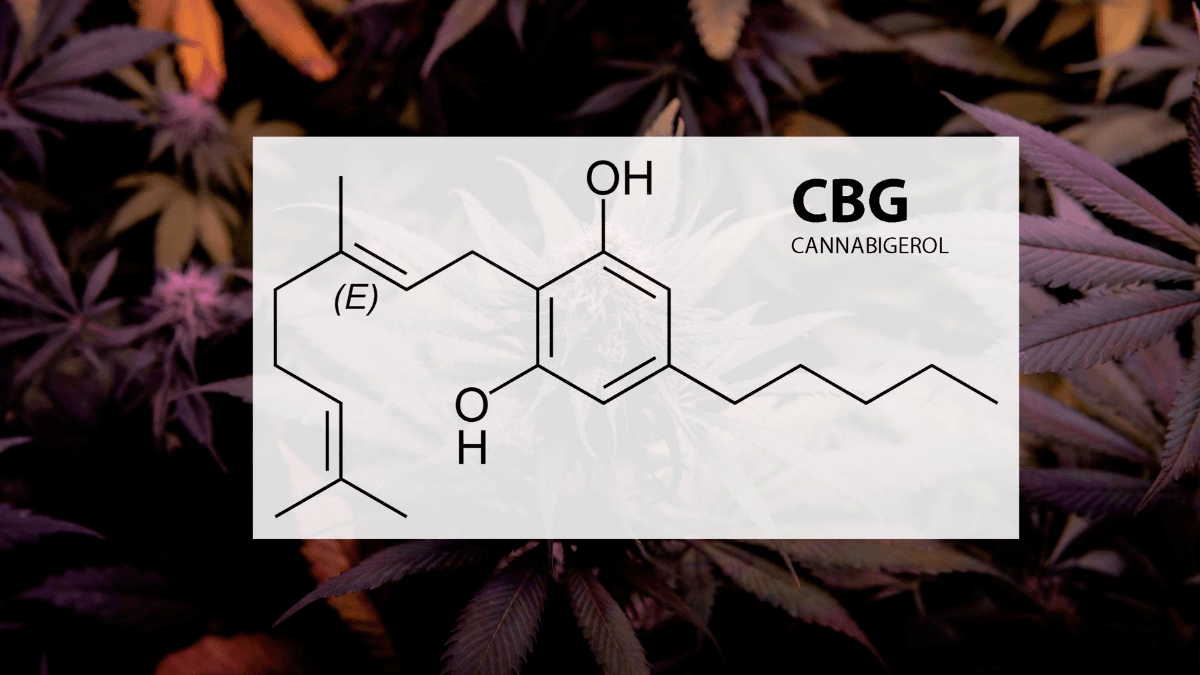