What Are The Side Effects Of CBD Oil? Is CBD Safe?

With all the attention CBD has been getting, it’s easy to find information on all its benefits — but is there a downside? Does CBD have any side effects?

Even here at Ministry of Hemp, we’ve focused a lot on exploring the benefits of CBD oil and the endocannabinoid system over the past few months. Yet, so much has been written about how CBD is helping people that we wanted to take a look at its potential drawbacks too.

To create this article, we looked at both scientific research and anecdotal reports from CBD users. You can’t overdose on CBD and, from our in-depth research, the side effects of CBD oil are usually minor, and, for most people, the benefits far outweigh the rare reports of discomfort.

Overall, our research suggests that, just as with any health supplement, the quality and source of your CBD oil can make a big difference when it comes to side effects. In fact, many unpleasant experiences from CBD reported by consumers could be due to impurities or poor quality CBD oil, as we’ll discuss later in this article.

If you feel unpleasant effects from any supplement, it’s better to take a break and, when in doubt, consult your doctor. Keep reading to learn more about the safety of CBD, and read about some common side effects and potential drug interactions.

It’s worth noting that even psychoactive cannabis — what’s often called “marijuana” — is also considered to be extremely safe, contrary to what the government wants us to believe.

It’s so safe that it’s basically impossible for an adult human to ingest a fatal dose, although they can certainly make themselves feel very sick from eating or smoking too much. There’s every reason to believe that CBD extracts from hemp plants are as safe, or even safer, than psychoactive strains of cannabis.

In 2017, the World Health Organization declared CBD to be safe.

In 2017, the World Health Organization ruled that CBD is safe with no potential for abuse. Since that time, various global and national authorities have come to support the use of CBD. For example, while some athletes are still banned from using CBD, depending on the sport, the World Anti-Doping Authority removed CBD from its list of banned substances that same year, and the USADA followed suit in 2018.

It’s worth noting that the FDA doesn’t regulate CBD, though they do issue warnings to companies that blatantly break the law. Typically, these companies made outlandish claims about the supplement’s abilities. In late 2019, the FDA issued some guidance, including safety concerns about CBD. According to the FDA, more research is needed to definitively prove that CBD is safe. But it’s worth noting the findings of global authorities like the WHO, and the safe results found in the studies we outline below.

Although the medical research is still in its preliminary stages, scientists have devoted considerable effort to proving that CBD oil is safe for human consumption.

A study published in 1986 in the International Journal of Neuroscience, examined the effects of CBD oil in 5 patients with dystonic movement disorders (muscle tremors and other forms of uncontrollable movements). CBD oil’s side effects “were mild and included hypotension [low blood pressure], dry mouth, psychomotor slowing [slowed thoughts or movements], lightheadedness, and sedation,” according to the study’s authors, Paul Consroe, Reuven Sandyk and Stuart R. Snider.

According to this study, CBD seemed to help people with their dystonia, but might have made some symptoms of Parkinson’s Disease (found in 2 of the study’s subjects) a little bit worse. However, other, more recent research has found that CBD can benefit Parkinson’s patients.

One study of 8 healthy volunteers and 15 patients with epilepsy, published in 1980 in Pharmacology, looked at the side-effects of CBD when consumed daily for a month. “All patients and volunteers tolerated CBD very well and no signs of toxicity or serious side effects were detected on examination,” wrote the researchers, who also found that CBD can help some people with epilepsy.

In 2006, a group of researchers studying the potential benefits of CBD in treating psychosis and anxiety, looked at several studies of CBD oil’s safety and summarized their findings in a paper published by the Brazilian Journal of Medical and Biological Research. Noting that CBD safety was first proven through animal research, the scientists added:

“Therefore … the available clinical data suggest that CBD can be safely administered over a wide dose range.”

“Acute CBD administration by the oral, inhalatory or intravenous route did not induce any significant toxic effect in humans. In addition, chronic administration of CBD for 30 days to healthy volunteers, at daily doses ranging from 10 to 400 mg, failed to induce any significant alteration in neurological, psychiatric or clinical exams. Finally, in patients suffering from Huntington’s disease, daily doses of CBD (700 mg) for 6 weeks did not induce any toxicity. Therefore, confirming results from animal studies, the available clinical data suggest that CBD can be safely administered over a wide dose range.”

A 2007 study published in Phytomedicine found that CBD, along with other similar substances including THC (the main active ingredient in psychoactive cannabis), have potential as an anticoagulant, so people with who have diseases like hemophilia that cause problems with blood clotting should use extra caution with these substances.

Are there concerns about liver toxicity?

We wrote above that the FDA raised concerns about liver damage from CBD. In reality, this is an area where we need more research.

Thousands of people take CBD everyday without showing signs of liver damage and, as we write in this guide and elsewhere, a lot of research shows CBD to be very safe for human consumption even at very high doses.

On the other hand, a very limited amount of research suggests liver damage is possible at high doses of concentrated CBD. For example, a very small study (16 participants) showed that 44% of participants (7) had elevated values of some liver enzymes. It’s important to note that the dosage in these studies (1500mg of CBD per day) far exceeds the amount consumed by almost all CBD users. This would be the same as consuming multiple bottles a day of some lower strength CBD supplements.

For now, there’s still no reason to believe normal use of CBD supplements poses any serious risk to your liver, but when in doubt check with your doctor.

There’s an unexpected connection between CBD oil and grapefruit, the citrus fruit that’s a popular breakfast choice. That connection? It’s possible that, like grapefruit, CBD could interfere with certain medications.

Grapefruit can actually interfere with the absorption of some common drugs, potentially resulting in unbalanced or dangerous levels of the drug in a person’s bloodstream. There’s quite a list of affected drugs, including some cholesterol-reducing drugs as well as some psychiatric medications. This connection is well known and, in most cases, your doctor would tell you if you need to avoid grapefruit. When in doubt, you can use a drug interaction checker online or check with your doctor or pharmacist.

The possible connection with CBD is less well-known, and also less well-established. However, some preliminary clinical research suggests grapefruit and CBD could affect the same enzymes, meaning CBD should be avoided with the same medications. However, it’s important to note that the clinical studies where this connection was found involve much higher doses of CBD than people typically take at home.

Even so, it’s better to be safe than sorry. If you’re supposed to avoid grapefruit, or you’re concerned about potential interactions, check with a medical professional before starting or continuing to take CBD.

Of course, since many of these studies have small sample sizes, and every person reacts a little bit differently to any substance, we looked at CBD oil users’ anecdotal reports, posted on popular online communities and forums, such as Reddit and sites that sell CBD products.

A handful of very sensitive people who use CBD oil report feeling mild mood and mind-altering effects, similar to a low dose of psychoactive cannabis, but these effects appear to be rare. Some people also reported mild digestive upset, including diarrhea, from ingesting CBD oil.

According to one post on Reddit, some people get headaches from using CBD oil, which is a bit unusual since CBD can also sometimes be used to treat migraines. However, other Redditors have suggested the problem was actually the purity of the CBD extract.

“I have just recently started taking CBD for headaches, and after three weeks of getting a worse headaches, I finally figured out that my CBD oil was cheap crap — and that a LOT of it is,” a Redditor named Pellquin.

Due to the the stigma associated with the war on drugs, free and open research into both hemp and its close relative, psychoactive cannabis, is only just beginning in many ways.

For example, the first study into the benefits of cannabis in veterans with otherwise untreatable post-traumatic stress disorder began in 2017, but only after the researchers struggled through years of red tape and put their careers at risk in order to do promote the need for this vital research. Fortunately, their work, and that of others like them, have begun to peel back the bureaucracy preventing scientific research.

On the hemp side of the equation, the 2018 Farm Bill fully legalized the growth and sales of agricultural hemp in the U.S., and the production of its derivatives like CBD oil. We hope this finally opens the way for research into the benefits and possibilities of hemp in all its forms. While this article summarizes some of what we’ve found from our research into CBD side effects, we expect to see a lot more research in this field in the years to come.

Want to learn more about CBD? Download a PDF version of ‘The Complete CBD Guide‘

When it comes to CBD, purity & source matters

That redditor had it right: there’s a lot of poor quality CBD oil from unreliable brands. Some especially bad products may even include unexpected ingredients. The CBD oil market is still in its infancy, and it can be challenging for consumers to educate themselves except through expensive trial and error. When Ministry of Hemp investigated CBD oil purity and safety, we found a host of potential problems.

CBD oil is an unregulated market. Since hemp absorbs chemicals from the ground, including lead and mercury, growing conditions can make a big difference. Labeling of CBD products is also often inconsistent and unclear, making it confusing for CBD consumers to know what they’re buying.

When we interviewed Carlos Frias, founder of Green Lotus and a cannabis industry expert, he gave us three pieces of advice for buying CBD oil:

CBD is safe, but research before you buy & use

Overall, we found that scientists and doctors consider CBD oil to be safe for most people to use, and there are few, if any, serious side effects.

While everyone has their own unique body chemistry, it seems like the vast majority of people can ingest CBD oil without ever feeling any unpleasant side effects at all, and the remaining few will mostly likely experience only minor symptoms like stomach upset or dry mouth. Since scientists are using pure extracts from known sources, it’s likely that some consumer reports of headaches or other minor adverse reactions could be due to impurities in inferior CBD products.

As always, you should closely research the products you buy. Look for CBD oil reviews and other information on our site, or reliable websites like ours. And never hesitate to consult with a medical expert if you have any doubt about the best or safest way to use CBD oil. 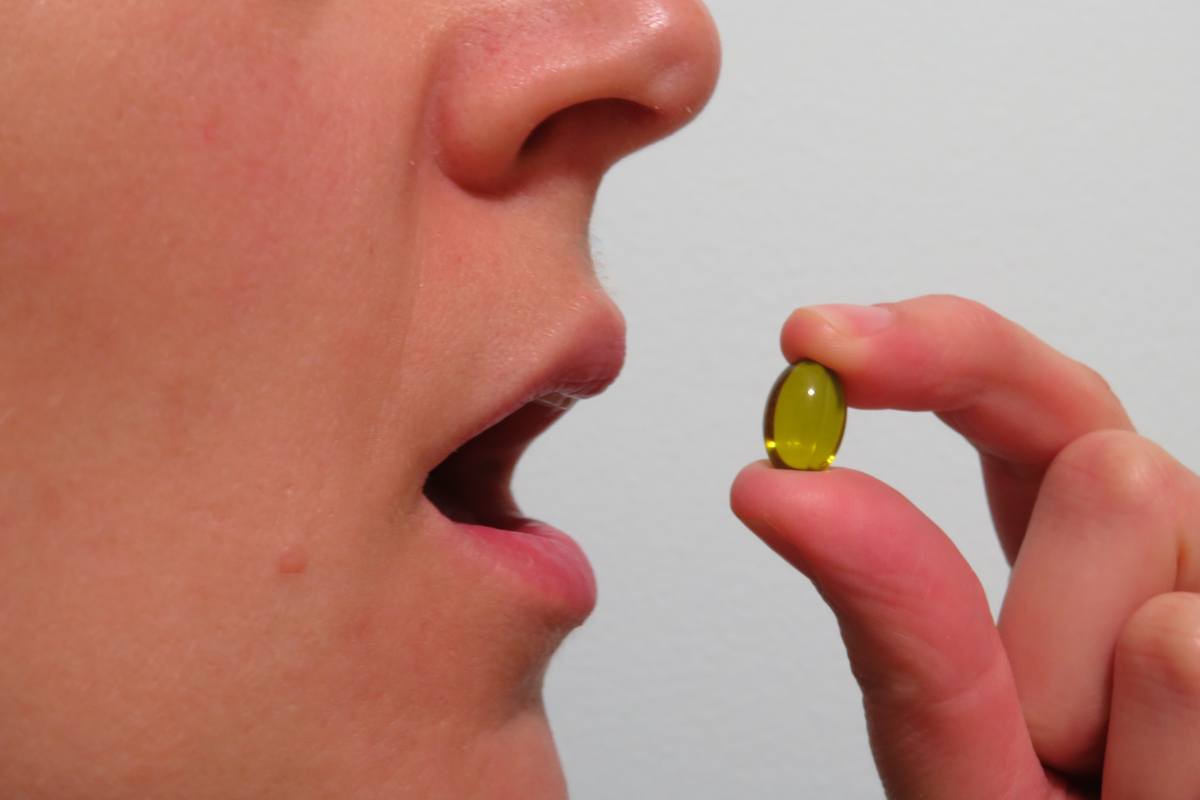