If you believe everything you read on the internet, CBD oil can cure almost any disease and replace every painkilling drug. Unfortunately, there’s just too much hype online.

The good news is that, for conditions ranging from epilepsy to chronic pain, CBD oil is an extremely beneficial extract of the cannabis plant that, for some people, can indeed be life-changing.

Psychoactive cannabis, commonly known as marijuana, has been frequently used to relieve the suffering caused by everything from migraines to menstrual cramps. CBD oil has almost no THC, the main mind-altering chemical in cannabis, and therefore offers many of the same benefits without making users “high.”

Instead of giving you another sales pitch about the benefits of CBD, Ministry of Hemp wants to help you understand the facts and science behind the benefits — and the limitations — of this herbal extract. Starting with this article about chronic pain, we’ll be examining how CBD oil can benefit different health conditions over the next few months. Like our recent look at the side-effects of CBD, this report relies on looking at a variety of scientific research as well as anecdotal reports.

Chronic Pain and the Endocannabinoid System

For decades, research into cannabis and its many compounds was limited thanks to the war on drugs, but thanks to changing laws and legal CBD oil, scientists are finally beginning to understand how and why these substances can help with pain.

Cannabis tinctures were once available over the counter at almost any pharmacy and were frequently used for pain. However, until just a few decades ago, people incorrectly believed cannabis worked on the body like alcohol or opiate drugs like morphine. 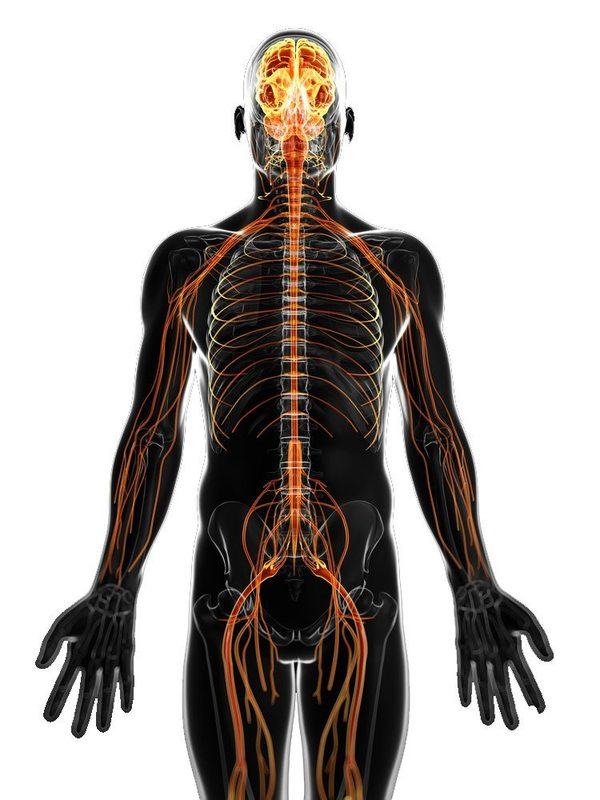 Actually, special receptors found throughout our brains and nervous systems respond to naturally produced substances that are similar to cannabis, referred to by scientists as endogenous cannabinoids (endogenous means “originating within the body”). Although their behavior is a little different from psychoactive cannabis or CBD-only extract, both the body’s own chemicals and plant-based substances interact with these same receptors, known as the endocannabinoid system.

Scientists now understand that these endocannabinoids help regulate our bodies’ behavior in myriad ways, from motor function, to appetite, and the sensation of pain. And plant-based cannabinoids, also known as phytocannabinoids, seem to be capable of picking up the slack in some ways when our bodies aren’t producing enough to manage our pain.

Numerous scientific studies suggest CBD can help with many different forms of pain. In a Feb. 2003 study published in Clinical Rehabilitation, a team of researchers from Oxford examined the benefits of CBD, THC, and a combination of both in patients who suffered from “neurogenic” pain (meaning their pain originated in their nervous system).

Most of the 24 patients in the study suffered from multiple sclerosis, but others had pain from spinal cord injuries or limb amputation. The study’s subjects regularly took one or more of the substances, or a placebo, at home, for two weeks while periodically reporting into the clinic.

“Pain relief associated with both THC and CBD was significantly superior to placebo,” the researchers’ wrote. Not only did the patients experience significant relief, but in some cases other unpleasant symptoms like muscle spasms were also alleviated.

Another study, published in Oct. 2006 in Current Medical Research and Opinion, also supported the idea that cannabis extracts, including CBD, are especially effective in treating pain caused by multiple sclerosis. The authors looked at six different studies and found they consistently showed “Cannabinoids … are effective in treating neuropathic pain in MS.”

In March 2008, Ethan Budd Russo, a doctor in the Department of Pharmaceutical Sciences at the University of Montana, also found that CBD and cannabis in all forms offers significant benefits in the treatment of “difficult to manage pain.” Rudd’s report, another “meta-analysis” of multiple studies, is especially interesting because he reported that cannabis extracts can offer significant benefits not just when ingested orally, but also when applied topically to the skin. Many consumers have similarly reported receiving relief from topical forms of CBD oil and psychoactive cannabis.

To get a wider look at CBD’s potential benefits, we also searched a variety of anecdotal reports found in blogs and message boards.

Pamela Hadfield, a co-founder of the medical cannabis site HelloMD, reported in July 2015 that she “started using CBD to manage chronic pain caused by crazy, intense migraines.” While pharmaceutical drugs left her feeling mentally hazy, CBD seems to offer her immediate relief with few side effects.

Similarly, in a discussion last month on reddit, many redditors reported CBD quickly eases their menstrual cramps, though the dosage needed varies a great deal from person to person. The redditors also noticed that the quality of the CBD extract made a big difference in its effectiveness. The source and quality of CBD oil products is vitally important, as we reported in last July on Ministry of Hemp, so research all hemp products before you buy.

While many people with chronic pain benefit from CBD oil alone, others receive the most relief from a combination of CBD and THC, which unfortunately remains illegal in many parts of the U.S. For example, Donna Burch, the author of the Fed Up With Fatigue blog, suffers from fibromyalgia, a poorly understood condition that combines debilitating fatigue and insomnia with severe muscle cramps. Burch reported in Sept. 2015 that while CBD oil seemed to help her pain for a while, it became less effective over time.

She ultimately found the most relief from psychoactive cannabis after receiving a permit for legal medical use. In states with medical cannabis programs, many chronic pain patients like Burch seek out strains bred to contain high levels of CBD along with THC.

CBD Oil could be a safe option for pain management

Just as with most health conditions, people with chronic pain often find that a combination of approaches, from stretching to pharmaceutical drugs, offer the most relief. Our research shows that CBD oil can be an important part of a pain relief regimen.

Since CBD oil is legal in all states, and has few if any side effects, it’s worth finding out if it can help you too. CBD oil can be ingested as an extract, applied to the skin, or even inhaled with an e-cig, and it’s possible one form will benefit you more than another. As states continue to ease legal restrictions on cannabis use, we expect to see more and more people explore its painkilling potential.

We’ll continue to follow the latest research into the benefits of CBD oil for pain, and report them to you here on Ministry of Hemp. Let us know how you’re using CBD too, we’d love to hear your stories. Reach us at [email protected].

* This article is part 1 of our series of exploring the potential benefits of CBD oil. Read our other posts: