How Hemp Can Heal Our Soil & Why It Matters To Consumers Add this to the many uses for our favorite plant: Industrial hemp can actually remove toxins from the soil.

Not only can you use hemp to make dozens of sustainable products, from clothing, skateboards to medicine, but it can also help heal the earth.

As the human population grows, so do our need for more land to grow the crops that keep us fed. But our dependence on fossil fuels and dirty industrial processes have left a lot of land too toxic to sustain life. That’s where the rapidly growing field of “bioremediation” can be vital. Bioremediation essentially means using living things to heal the soil, allowing us to clean and reclaim some of these polluted lands. While bacteria and other microorganisms can be used, phytoremediation, from the Greek word for plant, relies on crops like hemp.

Below, we’ll take a look at the reasons why hemp is such a promising plant for bioremediation. At the same time, we’ll also touch on the risks posed by heavy metals and toxins, which can inadvertently end up in hemp-based consumer products.

One of the most dramatic demonstrations of industrial hemp‘s potential was in Chernobyl, in the aftermath of the historic 1986 nuclear disaster which spewed radioactive waste across Eastern Europe. Over 100,000 square kilometers of Russia, Ukraine, and Belarus were inundated with radiation, rendering much of them unusable.

In the late 90s, a company called Phytotech began experimenting with industrial hemp in some polluted Ukrainian regions. The results were extremely promising.

“Phytoremediation can be used to remove radioactive elements from soil and water at former weapons producing facilities,” explained Elaine Charkowski for Central Oregon Green Pages in winter of 1998. “It can also be used to clean up metals, pesticides, solvents, explosives, crude oil, polyaromatic hydrocarbons, and toxins leaching from landfills.”

“Hemp is proving to be one of the best phyto-remediative plants we have been able to find,” Slavik Dushenkov, a research scientist with Phytotech, told Charkowski.

Harvested Hemp Could Be Used As Biofuel

While hemp that’s been planted near Chernobyl obviously can’t be made into food or medicine, it can still be safely distilled into ethanol for use as a biofuel.

Belarus also conducted successful experiments in growing hemp on contaminated soil for later use as fuel. “By using hemp to create biofuels (namely ethanol), scientists believe they can take advantage of the large amounts of contaminants hemp removes from soil as a byproduct of growing, trapping them in the plants, which are then removed entirely once the crop cycle completes,” reported CannaZine Hemp News in July 2009.

“The Government of Belarus has declared ethanol a priority topic for energy development. So we are very happy today to see the first steps being taken, in what we are sure will be a successful and large-scale development of ethanol production,” declared Sergei Martynov, former foreign minister of Belarus.

Beyond Radiation: From Cadmium to Oil Spills

In a paper published in September 2012 in Applied Biochemistry and Biotechnology, a team of five researchers in China reported on their successful experiments with hemp to absorb cadmium from the soil. Left untreated, cadmium in soil can enter the food chain, and consumption can cause severe joint and spinal pain. Too much exposure is known to even affect the kidneys and link to cancer.

The scientists experimented with 18 different varieties of hemp that are native to China. They identified 7 varieties which exhibited the highest concentrations of Cadmium (Cd) when grown in polluted soil.

“These cultivars, therefore, are good candidates for the implementation of the new strategy of cultivating biodiesel crops for phytoremediation of Cd-contaminated soils,” they wrote.

Phytoremediation could also provide an alternative to harmful chemicals like Corexit, which are currently used to clean up oil spills. In 1999, the U.S. Navy experimented with using kenaf, a member of the hibiscus family which produces a fiber that’s similar to jute. The Navy found that kenaf could successfully absorb oil spills, thanks to its absorbent, fibrous core.

“A uniquely similar core fiber is also found in hemp,” wrote “Johnny Green,” a hemp activist, in a September 2016 report from Green Flower, a site dedicated to cannabis and hemp education.

Unfortunately, the use of hemp for bioremediation is limited by the war on drugs in the U.S., which drives up the price of hemp and limits who can grow hemp or conduct research.

“It is more expensive to produce the hemp than the chemical agents,” Green wrote. “Essentially, it would take a tremendous amount of core fibers from hemp to be able to clean up some of these larger oil spills.”

Toxins Absorbed By Hemp Can Also End Up In Consumer Products

Hemp’s potential for environmental cleanup also poses a risk to consumers when everyday agricultural hemp is grown under less than exacting conditions.

Even though some CBD extracts and other hemp products are now produced in the United States, thanks in large part to the 2014 Farm Bill, the vast majority are still imported from overseas.

As we reported in our post, Be Careful When You Buy Your Next CBD Oil last year,

The main problem for end consumers is the lack of transparency when it comes to the CBD’s origin. There are basically no data behind the volume and quality control behind these CBD oil imports.

The main reason why hemp’s cultivation environment is so important is because of hemp’s properties of absorbing contaminants from the soil while it grows. So if the soil it was grown on is not good, clean soil, then that plant might contain high levels of lead or mercury.

The risks aren’t limited just to hemp products either. An investigation by NBC Los Angeles in February 2017 found potentially dangerous levels of pesticides in multiple products sold in medical cannabis dispensaries, forcing state officials to pull the products from the shelves. A 2015 investigation by Smithsonian found legal cannabis was often laced with fungus or heavy metals. While most states are implementing more stringent safety precautions as a result of these risks, it’s another sign that source and quality matter when it comes to both cannabis and hemp.

Hemp Provides Hope For Reclaiming The Earth From Pollution For centuries, Taranto, in the Puglia region of Italy, was known for its fine traditional cheese, drawing tourists from around the world. But by 2008, a nearby steel mill had rendered the cheese unfit for human consumption, forcing the government to cull farmers’ animals.

Once a thriving agricultural center, the Ilva steel plant, the largest in Europe, turned “Taranto into a grimy industrial city,” reported Sara Manisera in July 2016 for Slate. All the local livestock were “contaminated with a dangerous cocktail of nickel, lead” from eating grass grown in toxic soil. Residents suffer from a high frequency of cancer and kidney diseases.

Now farmers are turning to hemp to reclaim their soil. In just five years, Taranto’s experiment with hemp grew to almost 100 farmers, who have collectively planted about 300 hectares of hemp. While the farmers can only sell the fibers now, since the edible parts could be toxic, each crop makes the soil a little cleaner.

Vincenzo Fornaro, who owned what had been one of the most popular dairy farms, told Manisera that hemp had brought him a new outlook:

“We have to start giving back what we took from the environment and provide an alternative employment to our children. For now we use hemp only for industrial processing. I hope in the future we can use it also for nourishment. But what is certain is that we will surround the Ilva plant with hemp.”

As more and more people realize hemp’s promise, and fewer laws restrict its use, we believe millions more people will experience that same sense of hope, too. 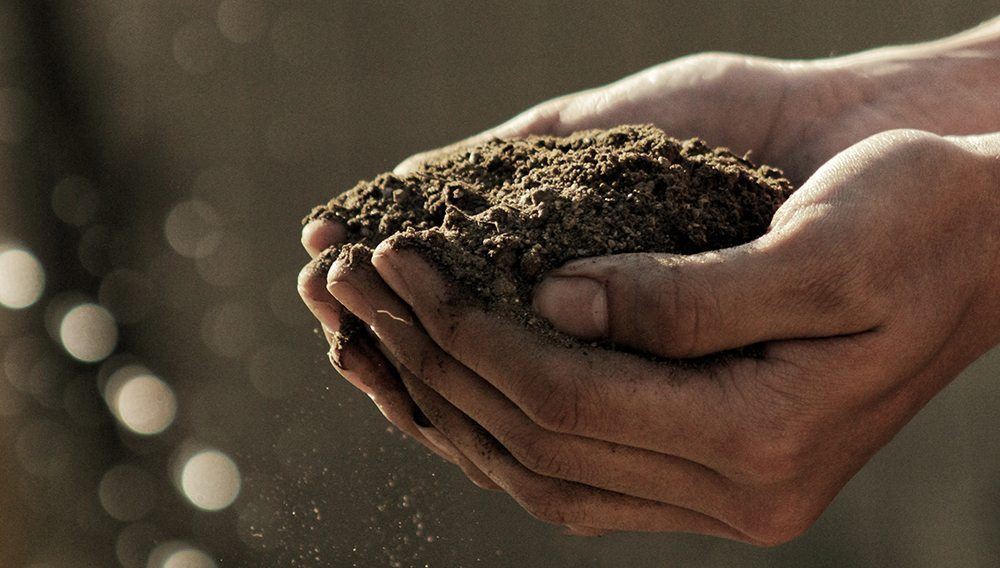