Hemp Blankets Can Drastically Change Your Life for the Better

My journey to creating organic hemp blankets began with a bad night’s sleep.

In late Winter of 2010, I suffered from mysterious sleep sweating which woke me up every hour of the night. Extremely uncomfortable & sweaty, I would disgustingly peel off the blanket to dry myself. Moments later, the sweat would dry and the winter chills would resume. This process of sweating, waking, taking the blanket off and putting it back on repeated for well over a week.

Then one day while chattin’ with my mom in her bedroom, I noticed she was using the exact same blanket. In that moment I had an epiphany: the blanket could have been the reason for my sweating. I asked her if she had been sweating abnormally in her sleep as I had. To my confirmation, she’d exclaimed, “Oh my God! How’d You know?!” After suffering from night sweats, Daniel Ong discovered that synthetic fabrics might be to blame. He and his wife began researching alternatives, leading creation of organic hemp blankets and later other hemp clothes too.

It was that moment that led to the creation of iLoveBad, but for us it’s always been about more than making hemp clothing or a comfortable blanket. We believe hemp can make people’s lives better, as we discovered when we researched hemp blankets.

Beginning that day, my wife and I began researching as much as we could about this night sweating problem.

With just a few hours of google searches, we realized that intense sleep sweating, otherwise known as Hyperhidrosis, was somewhat of a worldwide epidemic that seemed to have no clear answer.  Further, we discovered the blankets we were sweating under was the cause of the sweating because it was made from synthetic fibers (Nylon, Polyester, Acrylic, etc) that are known to be non-breathable, which means that those fibers keep oxygen from entering our bodies through our skin (our body’s largest organ), causing our bodies to suffocate & overheat.

If you own a microfiber couch or a car seat, you can detect the sweating against your skin. Over time, I believe that prolonged exposure to these fabrics causes our bodies to suffer. Even though our bodies are magical in their ability to restore balance, this sweating is extremely counter-productive. Sleep is supposed to restore our bodies, but instead they work overtime!

Realizing all this, we immediately sought for a blanket made with natural fibers. Surprisingly, there were very few options to choose from. Granted, it was 2010 when this was taking place prior to the organic/natural living craze that had swept the world. The blankets we had seen were either too small, too thin, or not soft enough. The only one that came close to what we were looking for cost about $500! CREATING OUR OWN HEMP BLANKETS

So instead of purchasing something to get by, we decided to make one ourselves. That decision led us to the re-discovery of hemp, a forgotten weed-like plant that was once the staple of American agriculture.

Because of hemp’s renewability (grows rapidly like weeds), versatility (can be used for so many different applications), and environmental benefits (in that it doesn’t require a lot of water to grow as well as pesticides to ward off bugs), it was an easy fiber choice for us to go with.  We then found a local fabric vendor in LA along with a seamstress to help us design & sew the blanket.

We spent about $200 to complete the project and the results were beautiful. Our blanket feels incredibly soft, being that it’s fleece, and magically stopped my mysterious sleep sweating!

We loved it so much that we had to make more for friends and family. The growing excitement over our organic hemp blankets eventually evolved into a business that now includes undies, tees & socks. All our products are comfortable, but they also bring awareness to the incredibly dynamic hemp fiber as well as the many benefits of natural living in general.

There were a lot of reasons why we could’ve gone with hemp as a business and every single one of those reasons would validate its use.

However, the one aspect that really motivated us to go with hemp was the fact that it was erroneously labeled as a Schedule 1 drug by the Drug Enforcement Administration (DEA). Hemp was banned banned as a crop by the United States Government for nearly a hundred years, until 2014.

Further, the U.S. government used propaganda to demonize this harmless plant. The goal of all this was to coerce our society to believe that all forms of cannabis, including hemp, will get you high and do really scary things. Ironically, the government still allowed hemp imports, leading many thousands of dollars to flow overseas annually. A young child holds a hemp leaf. A deliberate campaign of misinformation led to the demonization of cannabis in all its forms, including industrial hemp.

We’ve all been misled at some point in our lives and though it’s not cool, it is what it is. This situation however really bums us out because it reminds us of how unaware & gullible we can be as a society and as individuals. Being unaware doesn’t have to be unhealthy but this lack of awareness led us to judge, criminalize (unjust imprisonment), and destroy the lives of so many people & groups associated with it over the years.

I bring this up not to be sour but rather to remind our collective society to reserve our judgement about everything. Chances are, we really don’t understand them to begin with. We often fear that in which we don’t understand (especially drugs like Marijuana, psilocybin mushrooms, MDMA, and LSD); we all know this.

When you think about it, you’ll easily deduct that fear is the root cause of our insecurities. Fear leads to our anxieties, depressions, and a host of psychological disorders. Likewise, it inevitably stunts creativity! By reserving our judgement about the unknown and perhaps even embracing them as a creation of a higher being, I believe this will drastically mitigate our fear and subsequently dispel the anxieties that comes with it. Again, there are so many reasons to champion hemp back to its glory days and we’re all about them.

But because the most common mental illness in our society is anxiety, we also care to promote the ideology and mental benefits that comes with supporting hemp.

To sum it all up, blankets made of synthetic fibers (such as Polyester, Nylon and Acrylic) are non-breathable.  This blocks our skin from the necessary oxygen it breathes in. Blankets made of natural fibers such as hemp, organic cotton, wool, silk and so forth are more breathable. Natural fibers allow our bodies to effectively collect the oxygen it requires.

Supporting hemp teaches us about the idea of reserving judgement and fear towards the unknown, like hemp and even other currently illegal substances. We honestly believe that this conscious effort will raise awareness for unconditional acceptance and love for all (the good and the bad), reducing anxiety and inspiring limitless creativities within us all.

Working together, we can all meet our daily hurdles en route to manifesting our highest aspirations. 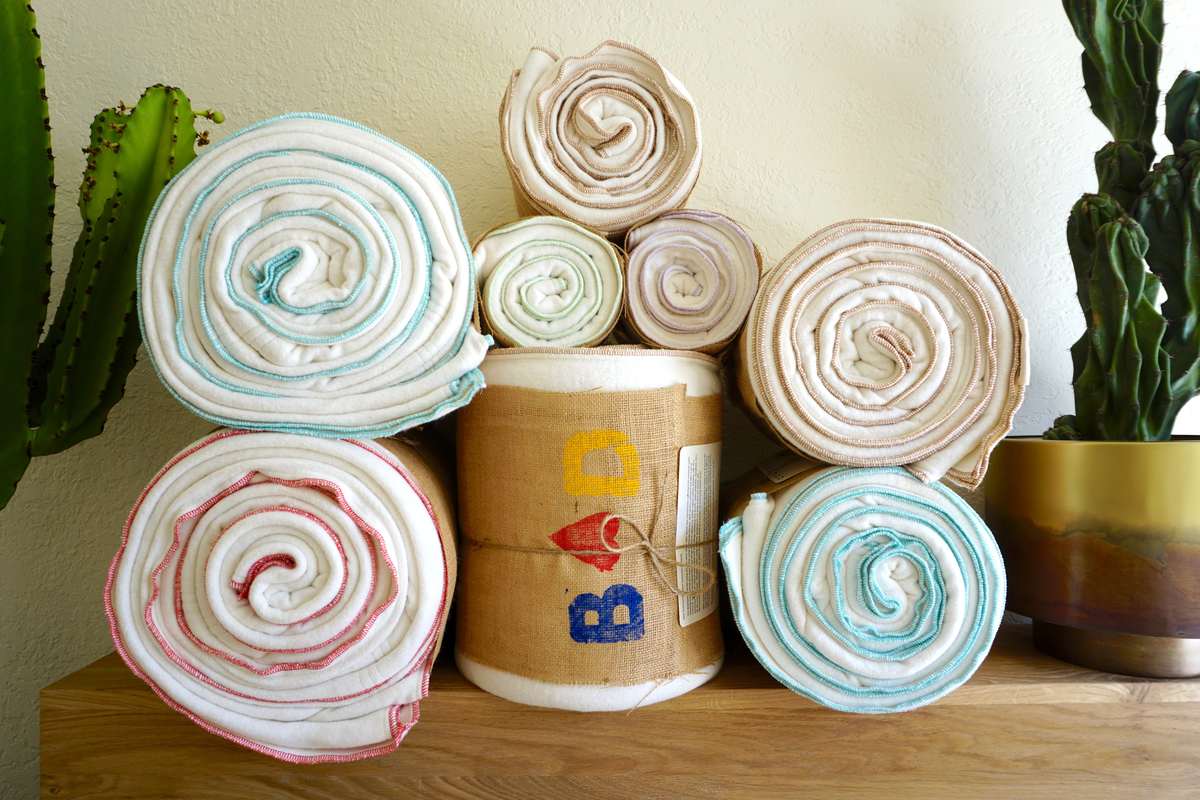