Both CBD and kratom are getting a lot of attention, so we thought we’d compare their relative benefits here.

You’ve most likely heard of the hemp-derived compound CBD before. It’s been the talk of the town in realm of alternative medicine for quite some time, and has really developed a reputation as a natural route to relief of many conditions or their symptoms.

But there are some other herbs besides hemp, that have also been growing in popularity for their therapeutic properties. In this article we will take a look at kratom and how it really compares to CBD.

Some people claim kratom can be an effective substitute to CBD. But, is this really accurate? On the surface, they may appear to have some common ground. As you begin to dig deeper it becomes more apparent that they’re really quite different.

An overview of CBD

Nowadays, you can find CBD or cannabidiol in many different types of consumables.

You can find it in traditional forms like CBD tinctures or capsules and even more creative products such as CBD coffee. The main role of this compound is to create internal balance, through its interaction with the body’s endocannabinoid system. Part of what makes CBD so special is that it’s non-psychoactive, unlike the well-known THC, the main active ingredient in psychoactive cannabis (“marijuana”). CBD can help you improve your mood, deal with anxiety and even support pain relief, all without experiencing mind-altering effects.

CBD also shows the potential to treat many more serious conditions. As scientists conduct more research, even traditional doctors increasingly support the use of cannabidiol.

What exactly is kratom?

Kratom, also known as “mitragyna speciosa,” is a tree that originates from South East Asia. It grows naturally in countries like Thailand, Malaysia, Indonesia and Papua New Guinea. People from these areas have used kratom for thousands of years. Traditionally, natives of these areas chewed the leaves for its stimulant-like properties. Kratom has a long history of use as an opium substitute and in more recent times has become popular as a recreational drug.

The plant’s main active ingredients are mitragynine and 7-Hydroxymitragynine (7HMG). These two compounds induce their effects by interacting with the body’s opioid receptors. Mitragynine is the chemical thought to be responsible for the therapeutic effects, whereas researches attribute psychoactive effects to 7HMG. The clinical research on kratom is still very limited. This lack of research also prevents kratom from catching on like CBD.

“Despite a vocal community of supporters, and numerous anecdotal testimonials of effectiveness, these treatment practices using kratom have not been rigorously studied as either safe or effective,” noted Peter Grinspoon, M.D., a doctor who teaches at Harvard Medical School.

CBD vs kratom: How each supplement gets used

CBD has a relatively long list of applications. It’s most commonly used to help with anxiety, sleep disorders, chronic pain and inflammation.

Although many consume it to feel more relaxed and manage stress related symptoms, it is also becoming quite popular in the fitness community to help with recovery and pain management. Apart from those practical uses, CBD is also being researched for its potential to treat more severe ailments such as: cancer, heart disease, multiple sclerosis, Parkinson’s disease, epilepsy, diabetes and many others.

Kratom is used mainly to reduce anxiety, relieve pain and help with opiate addiction. As research surrounding the herb seems to still be in the early stages, no solid conclusions can be drawn as of yet.

Based on user accounts, and the native peoples who’ve grown the herb for centuries, there’s likely some truth behind some of the promoted benefits. Some individuals have claimed it is particularly effective in breaking dependency on stronger opioids like heroin and oxycodone. However, more clinical trials need to be conducted before it can be recognized as a reliable treatment.

CBD vs. kratom: Side effects of CBD and Kratom

CBD is great not only because of its numerous benefits, but because CBD has limited side effects. The versatile cannabinoid, is proven to be non-addictive, and is still safe to consume even in large quantities. To date, there have been no CBD related deaths ever recorded. Some mild side effects that may be experienced by users include nausea, dry mouth and drowsiness.

Kratom however, starts to a lot look less appealing when we begin to examine the side effects. Although it’s promoted to be a solution to opiate addiction, there is also the risk of becoming addicted to kratom. Frequent use is generally not recommended, as it increases the chance of dependency and also exposes the consumer to other potential risks.

Some relatively common kratom side effects include vomiting, nausea and constipation. But the list doesn’t stop there, as there are even more severe symptoms that may arise from kratom use such as seizures, psychosis, respiratory depression, liver toxicity, and increased blood pressure. When we consider all these side effects, they could heavily outweigh the benefits.

The legality of CBD and kratom

The 2018 Farm Bill forced the Drug Enforcement Administration to remove hemp-derived CBD from its list of illegal drugs. The bill formally legalized industrial hemp with a THC content of 0.3% or lower as an agricultural commodity, rather than a controlled substance.

In general, CBD is accepted and consumers are generally safe from legal repercussions when using it, especially in extracted form (CBD tinctures, gummies, capsules, etc). Stories of misguided police action against CBD consumers are extremely rare and growing less common all the time.

The legality of kratom remains a bit more undefined. Lawmakers in Tennessee, Indiana, Alabama, Wisconsin, Vermont and Washington, D.C passed laws banning kratom. In 2016 the DEA threatened to classify kratom as a schedule I substance. In 2018, the Department of Health & Human Services also called for a kratom ban.

That ban hasn’t happened yet. This may be, in part, because kratom advocates raised a massive public outcry over the impending ban. Even so, the government hasn’t fully backed down.

While we don’t support the war on drugs, users should be aware they could lose access to this supplement with only minimal warning.

“Generally, it’s not a good idea to use something for pain or addiction which is about to become less available and less safe,” Grinspoon noted.

Even the FDA issued a statement warning of kratom’s adverse effects. The FDA attributed 36 deaths to kratom in 2017. In 2018, there was a salmonella outbreak related to kratom products which affected 199 people across several states. The nationwide controversy led to a massive recall, and once again shed negative light on the herb, which may eventually lead to its restriction on a larger scale.

Just because a remedy comes from plants doesn’t make it automatically safe. Consumers require require research and education to use them safely.

While some people compare kratom and CBD as herbal supplements, they’re in two completely different lanes. CBD is a lot more recognized, with a strong backing of user testimonies and scientific research. It’s also extremely unlikely to cause dangerous side effects.

Due to minimal research and a growing list of concerns, the U.S. might ban kratom before it reaches widespread acceptance. As Dr. Grinspoon notes, kratom can’t be considered safe without more research, consumer education and better quality control. Although some similar issues exist with CBD, the potential consequences are more grave.

While we don’t support legal prohibition of natural substances, users of kratom must be aware of the risk of dependency and other potentially harmful side effects. While some risks of kratom may have more to do with drug prohibition and tainted products than the plant itself, that should still cause consumers to think twice before starting it.

Kit O’Connell contributed to this report. 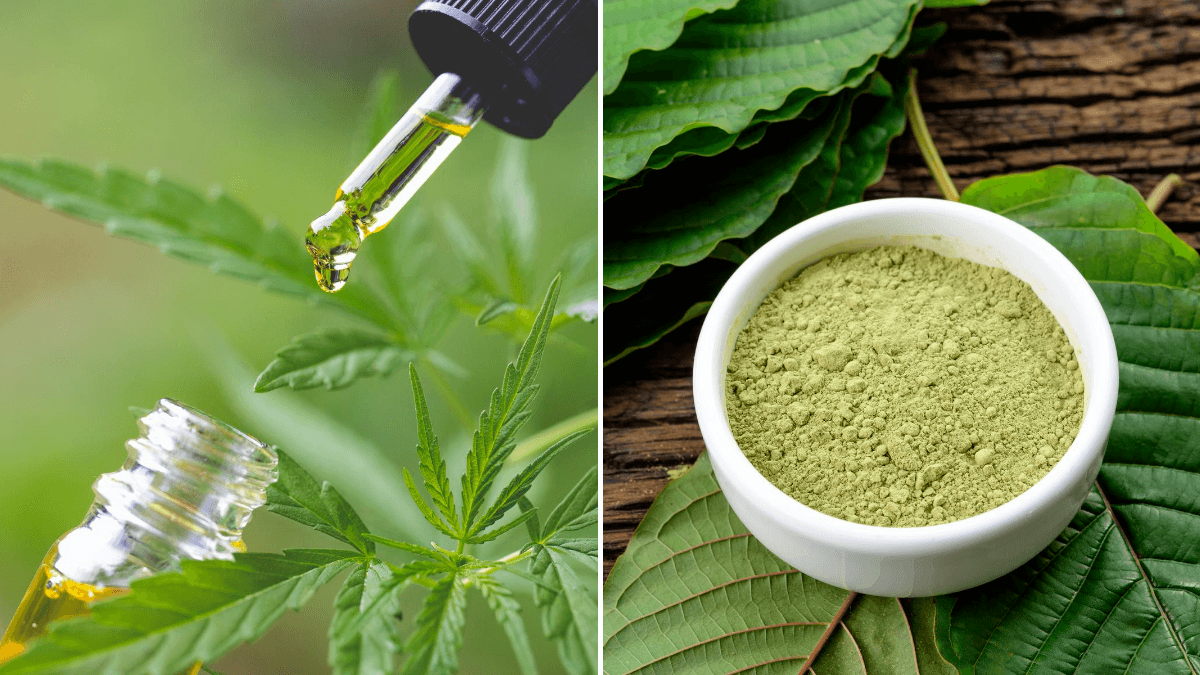 Kervaughn Whiskie is a content writer, cryptocurrency investor and entrepreneur. He spent his formative years working as an IT analyst for an international bank, before making the transition to follow his dreams and pursue entrepreneurship. Find him on social media at @HempUntapped.