Earlier this year, we wrote about the UK’s first CBD restaurant.

The Canna Kitchen opened in late 2018 in Brighton. It was an instant success with local diners and received acres of press coverage in major publications all over the world. Since then, things have taken a dramatic turn.

According to news reports, on Wednesday, May 8th, the venue was raided by the police. They seized a substantial amount of herbal cannabis. There were no arrests, though one man was interviewed under police caution.

We wanted to get to the bottom of what happened, and also find out how the UK’s hemp industry reacted.

FROM A SUCCESSFUL START TO A RAID BY THE POLICE

The next day, the restaurant released a statement through its Facebook page. The owners thanked people for their support and explained they were closing while they take legal advice.

“The products that we sell are no different to those which are sold by many, many companies all over the UK.”

The owners of Canna Kitchen say the product seized at the premises is industrial hemp which is legally imported. They affirmed that all their products for sale are legal. “Our products are defined as industrial hemp, and are clearly and transparently imported as such, with all taxes and duties paid,” they said. They added that their products are “in line with UK legal guidelines for pharmaceutical definitions.”

Explaining the ramifications for the UK CBD industry, they went on to say “If trace elements of THC render these products illegal, then by default all CBD products must be illegal in the UK. This would mean that many large high street chains are currently breaking the law.”

To find out more about what this means for CBD and hemp in the UK, we spoke to a number of figures in the UK CBD industry. However, the majority were unwilling to speak on the record about such a delicate subject.

WHAT DO OTHERS IN THE UK CBD INDUSTRY THINK?

One of the few people to agree to comment was Guy Coxall. A leading figure in UK cannabis and hemp circles, Coxall is the compliance director at CTA UK, a non-profit dedicated to supporting CBD, cannabis and hemp businesses. While you might expect him to be critical of the police in this case, his response was quite the opposite.

“Having assessed the media coverage around Canna Kitchen, it seems that they have irresponsibly flouted the laws on multiple levels,” he said. Some reasons he listed included “importing whole flower, suspected use of isolates in food and medical claims.”

Coxall also criticized The Canna Kitchen’s response to the raids.

“The worst offence, in my opinion, is that once caught, they tried to cover their own backs by implying that the entire CBD industry is illegal,” he said. “When there are approximately 1.2 million people in the UK who regularly use CBD products, their attitude of ‘If we go down then we will take everyone else’ is disturbing and shocking.”

He opts for a conciliatory approach with the authorities, in a bid to keep things above board and strictly within the law.

“Those of us who work hard for this industry, strive to keep CBD products available by working alongside the regulatory bodies. The whole industry needs to unite and self-regulate to ensure its future. For the past few years we have been winning a good fight but irresponsible companies such as Canna Kitchen make this increasingly more difficult.”

“They tried to cover their own backs by implying that the entire CBD industry is illegal.”

In response, Sam Evolution, the founder of Canna Kitchen, stated that all their actions were firmly within the law.

“We received police and trading standards approval on all the products we sell. Products which are legally imported into the country have been signed off by customs with full clearance after duties and VAT have been paid,” he said.

He refutes many of Guy Coxall’s points. “We have never used CBD isolate in any of our food, and we don’t stock it,” said Evolution.

“We’re very careful not to make any medical claims about our products and services, due to the fact that we are not trained medical professionals. The products that we sell are no different to those which are sold by many, many companies all over the UK.”

THE UK CBD INDUSTRY IS IN A DELICATE STATE

Ian Fox, who runs the CBD Coffee Lounge in Manchester, was also willing to go on the record. Fox’s thriving cafe-shop business sells CBD products, hot drinks, and CBD-infused edibles. While disheartened about the news, like Coxall, he took a dim view of Canna Kitchen’s actions.

“It’s very dismaying to hear this news about Canna Kitchen, but it doesn’t come as a surprise,” said Fox. “I was talking to some friends today who are CBD suppliers, and they were angry at the actions of the owner of Canna Kitchen, for potentially jeopardising the trade for everyone else, through what could be deemed to be reckless actions.”

With his own business, Fox takes a more cautious approach, aware that while the UK CBD industry is in its infancy pushing the boundaries could lead to increased scrutiny.

“I’ve always been concerned right from the very beginning that we could get a visit,” he said. “So I’m still not selling CBD flower and I’m also reluctant to do more edibles at the moment.”

Fox also pointed out that Canna Kitchen had been advertising a ‘THC night’ on their website. When asked about this, Evolution explained that in this instance ‘THC’ is an acronym for ‘The Herbal Chef,’ AKA Chris Sayeh, who flew over to host a five course CBD-infused dining experience. However, events and promotions like this could be seen as blurring the lines between the illegal and legal elements of hemp — something industry representatives such as Coxall regard as reckless.

DID CANNA KITCHEN DO ANYTHING WRONG?

On the other hand, it could be argued that Canna Kitchen have done nothing overtly wrong, apart from engaging in some creative marketing. And if this raises awareness of CBD among the public, demystifying the properties of hemp, is that such a bad thing?

One thing’s for sure, it’s a thorny issue, causing divisions across the industry. The legal case against Evolution and Canna Kitchen is ongoing. It threatens to have major implications for the UK CBD industry so we’ll be keeping a close eye on the outcome.

Of course, this case doesn’t exist in isolation, and the current upheaval in UK politics could play a part too.

As Ian Fox points out, “A lot of us in the industry are hoping that there’ll be a change of government soon and that could potentially bring about much-awaited change and bring an end to these draconian laws.”

Wishful thinking? With the current state of the UK government, and the unstoppable rise of the worldwide CBD and cannabis industry, anything’s possible.

Correction 6/12/2019: A previous version of this story incorrectly reported that there was an arrest during the raid on The Canna Kitchen. There were no arrests. 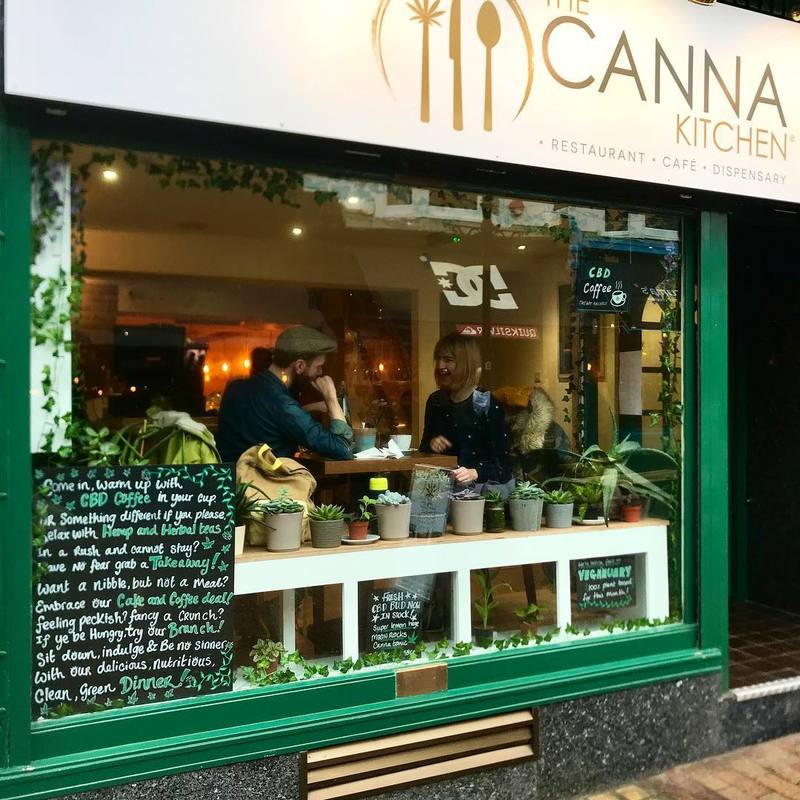