This September, Ministry Of Hemp had the pleasure of attending the Hemp & CBD Expo in Birmingham in the UK.

This two-day event was the second UK Hemp & CBD Expo this year, following a successful outing in March, and saw proceedings move up to a larger space to incorporate all the stalls, speakers and visitors keen to learn more about hemp and CBD in the UK.

Compared to other cannabis-related events, such as Cannabis Europa, which was held in London in June, the Hemp & CBD Expo is a much more consumer-friendly occasion, looking at the real-life benefits of hemp and CBD. Cannabis Europa, and other similar expos have a much more corporate feel, with the focus solely on how to make money out of this natural plant — which many in the UK CBD community feel puts profit over people.

Thankfully, the Hemp & CBD Expo took a much more holistic view, and while there was a dedicated business speaker’s stage, it certainly wasn’t the sole focus of the event.

UK Hemp & CBD Expo opens to a buzz of excitement

Spanning Saturday and Sunday, the expo was held in Hall 17, at the far, far end of the Birmingham NEC, which proved difficult to reach for some people I spoke to, particularly those in wheelchairs and people using CBD to help with arthritis. Location issues aside, on the Saturday there was a palpable buzz of excitement, with many hundreds, if not thousands, of people involved in, or curious about, the world of hemp and CBD packed into the hall.

There were many dozens of stalls and exhibitors laid out, covering practically every aspect of CBD and hemp. One of the first booths was the futuristically-named Advanced Dynamics, with an equally futuristic array of complex machinery – a swirl of tubes, lights and metal poles – promising to cater for all your filling, capping and labelling needs.

A range of exhibitors both big & small

The companies with massive investment were notable by their huge exhibitor spaces and tendency toward all-white decor. GenCanna, an American company, were certainly one of the most visible, and with their staff decked out in sharp fitted suits, added a professional air, if possibly a little more corporate than the rest.

Green Stem CBD also made a strong showing, with an impressive stall and remarkably knowledgeable and friendly staff. There was a confidence about their products, due in no small part to their winning five out of the seven awards they were nominated for at the first Hemp & CBD Expo back in March. With the recent announcement that UK celebrity Jenny Powell has signed up as their brand ambassador, it’s clear that Green Stem have the finances and profile to become a key player in the future of CBD in the UK.

Stalls aside, the most interesting element of the expo were the two stages – the main stage, with enough seating for a hundred or so people, and the smaller — but no less interesting — business pro stage.

One of the most interesting talks came early on the Saturday, thanks to Michael Fisher from the Teesside Cannabis Club. Michael came as a breath of fresh air. He’s a genuinely passionate cannabis activist from Middlesborough in the Northeast of England. His cannabis club formed in 2014 and provides a safe space for people to consume cannabis without having to worry about getting arrested. He delivered an emotional speech, covering the legalities and difficulties of his cannabis club, plus the varied benefits it has brought to the people of Middlesborough.

One of the most high-profile names in hemp, CBD and medical cannabis in the UK is published author Callie Blackwell, who spoke movingly about her eldest son being diagnosed with cancer, and how holistic methods have helped them over recent months and years.

There were some interesting points made by Christian and Frederik Hendriksen from Mile High Labs, looking at the technicalities of running a CBD business, such as dealing with the ever-present novel foods issue, as well as employing GPS and sealed containers when transporting CBD isolate. One of the most well-informed speakers on the UK CBD and hemp circuit is Peter Reynolds, who delivered a wide-ranging talk on the Sunday, taking a grounded look at everything from legalisation to the potential impact of Brexit on the future of medical cannabis in the UK.

The talks and panels on the business stage were just as fascinating, if a little more complex. Dr. Dani Gordon gave a myth-busting doctor’s guide to CBD, looking at how it can affect the female reproductive system, anxiety and much more. It’s clear that the CBD industry in the UK needs to focus more closely on credible speakers like Dr. Gordon if it’s going to shake off the ‘snake oil’ reputation that has blown up around it in recent months.

The most expensive seeds on the planet?

Nick Tulloch from Zoetic Premium CBD was another engaging speaker on the business pro stage on the Sunday, talking about the behind-the-scenes aspects of the worldwide CBD business. He made the remarkable point that his company pays a dollar per seed for hemp plants. This might sound extraordinarily expensive but these seeds have undergone testing to ensure they’re entirely female, completely sidestepping the useless male plants and producing only useful yields of hemp.

The Hemp & CBD Expo is the UK’s first hemp trade show, and this second event built on the success of the first, showcasing a huge range of knowledgeable speakers and largely credible high-end exhibitors. Talking to various guests it’s clear that no one really knows where the UK CBD industry is headed, and until we have a clear vision of the future businesses are forced to move carefully, lest the entire industry is up-ended. Brexit is at the front of many peoples minds, with Peter Reynolds in particular opining that a break from the European Union will be of great benefit for CBD in the UK.

There will undoubtedly be more events in the coming years, and each one will bring us closer to the final vision of where hemp, CBD and medical cannabis stands in the UK.

Aside from issues of legislation and legality, the range of speakers was admirable. The preponderance of CBD enthusiasts and advocates, such as Michael Fisher and Dr. Dani Gordon, was a welcome change from the big-business focus of other cannabis and CBD trade events over the past year. 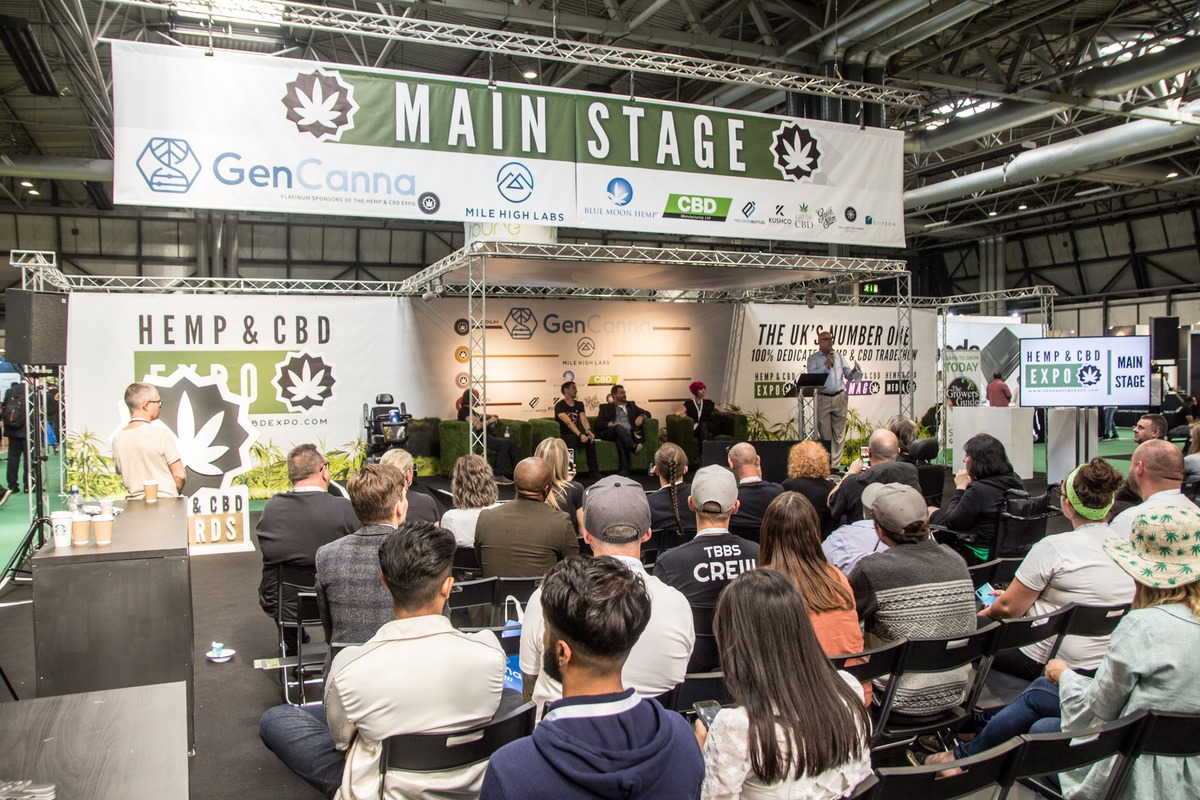 Ian Jones is a journalist, editor and copywriter from Manchester, England. His work has appeared at The Independent, Daily Mirror, VICE and New Scientist.