The Texas hemp industry is booming despite the obstacles faced by Lone Star State entrepreneurs.

That’s the message of the Texas Hemp and Garden Show, which took place on March 13 and 14 in Austin, Texas, at a downtown nightclub near the heart of the popular SXSW festival and not far from the capitol building.

2018 marked the Hemp and Garden Show’s second year, and there were about a dozen different vendors or organizations represented when I dropped in on the second day. Activists helped passersby fill out voter registration cards on the sidewalk, a DJ spun tunes from a small stage outside, and inside a succession of experts spoke about topics ranging from agriculture to the war on drugs. At night, musicians took over for the speakers including a surprise appearance from rapper Lil’ Flip.

“To get the vendors from other states that have legal programs interested in showcasing here in Austin was very exciting,” said Mónica Enriquez, one of the organizers of the event.

Enriquez saw the Texas Hemp and Garden Show as an opportunity to educate locals about this beneficial but misunderstood plant while simultaneously bringing national attention to the state’s burgeoning hemp industry. While Texas hasn’t yet legalized industrial hemp, there are signs of slow progress for cannabis in the region.

‘WE’RE GOING TO BE THE BEST STATE’: A FUTURE FOR TEXAS HEMP

“A lot of people are surprised that Texas does have a medical marijuana program in effect,” explained Enriquez. “Once upon a time, Gov. Greg Abbott said that would never happen under his tenure so that’s already a very promising sign of some change for us.” 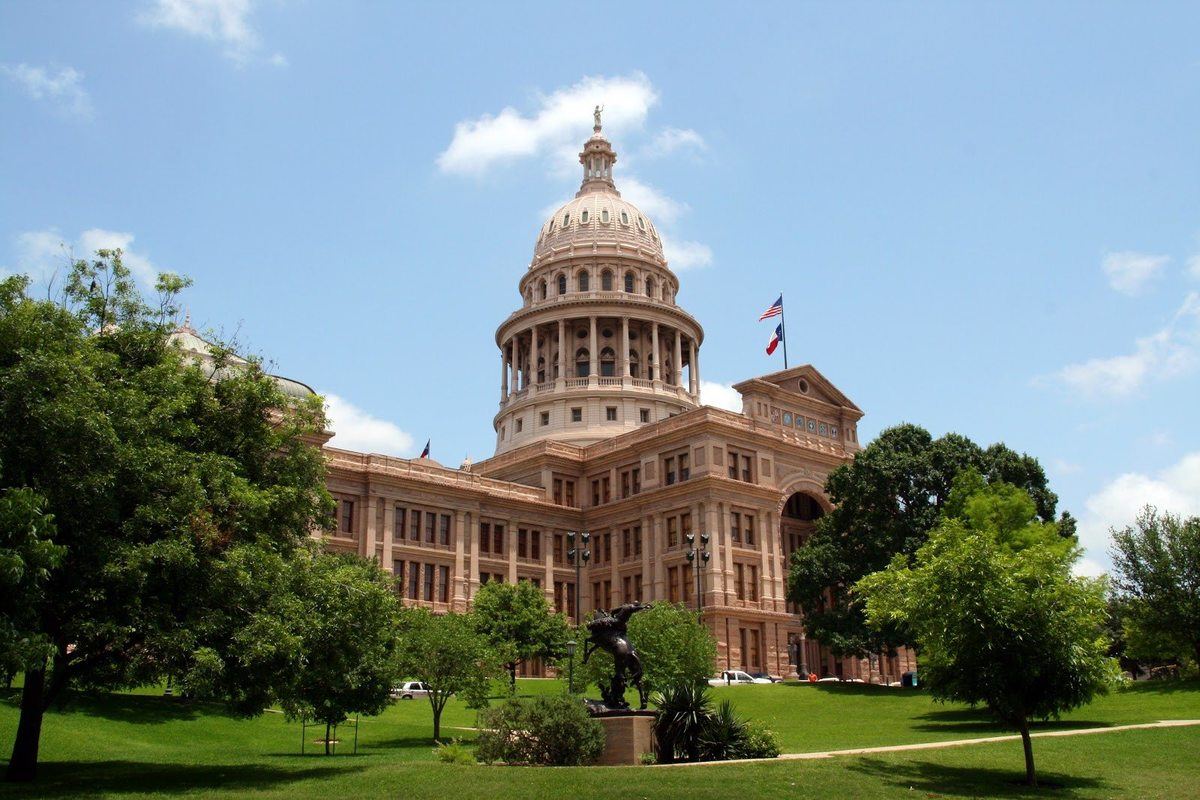 The Texas Capitol building in Austin. The Texas hemp industry is growing despite legal barriers, and there are signs of a slow but positive change in state policy toward cannabis as a whole.

Under the current program in Texas, a very limited number of patients with severe epilepsy are able to access low-THC CBD oil made from cannabis grown in the state, but there’s already talk of expanding the program to include more residents.

While hemp research is legal nationwide under the 2014 Farm Bill, the law left it up to each individual state to create a legal hemp program, something Texas has resisted so far. Enriquez credits groups like the Texas MAMMAs (Mothers Advocating Medical Marijuana for Autism) with changing attitudes for the better. Another group working on legalization, and one which had a booth at the Hemp and Garden Show, is Foundation For An Informed Texas, which is focusing on educating rural parts of the state about the benefits of cannabis.

John and Kelly Myers are spreading the word about medical cannabis to rural Texas with @InformedTX! Today they are educating folks at the #Austin Hemp and Garden show. pic.twitter.com/IZtixj04iv

“We’re very hopeful for Texas and obviously if federal law changes than our battle is won.”

Along with her husband, Enriquez started Lazy Daze Counterculture, an Austin smoke shop that soon expanded to multiple locations around the country. This led the pair to found Texas Green Rusht to help entrepreneurs and other Texas hemp advocates and professionals network and support each other through shared challenges.

“There’s a lot of different issues that come up running a business in this industry even though our business has nothing to do with touching the plant,” she said.

This in turn led to the creation of the Hemp and Garden Show to capitalize on the massive influx of attention and visitors SXSW brings to Austin. “We really wanted to show what Texas has to offer the rest of the country when it comes to this industry.”

One highlight of the show was a panel of Texas veterans advocating for access to medical marijuana. “That was a very exciting panel, my father’s a veteran and the veteran issue is very important, for us to provide that service to those who have served us.”

In addition to several different CBD brands and a pretzel vendor (they were delicious!), the show also featured a booth representing Dr. Bronners and their Hemp History Week organization.

Luis with @DrBronner! We are all huge fans at @MinistryofHemp! He says it's as fun to work for them as you imagine. ? pic.twitter.com/5jwWb3njaN

Another unique vendor was Colorado Hemp Honey, which offered CBD oil infused honey in a variety of flavors. I grabbed a jar of the ginger flavor and hope to review it in the future here on Ministry of Hemp.

Got to sample delicious @COHempHoney at the #Hemp and Garden Show in #Austin. Yum. #cbd infused and lab tested. I bought ginger flavor. pic.twitter.com/LEbvO7fKsZ

“It really was like a ‘Field of Dreams’ experience — if you build it they will come — and we were really excited that other people were excited about what we were doing,” Enriquez told me.

If the enthusiastic response to the Hemp and Garden show is any indication, then hemp has a bright future in Texas.

CBD Can’t Cure Or Prevent COVID-19, So Why Are Snake Oil Hemp Brands Claiming It Can?