Why Topical CBD Is A Promising Option For Arthritis, Inflammation & Joint Pains

You can vape it, take an extract, or swallow a pill … there are so many different ways to take CBD, but some people find CBD is best applied directly to the skin.

We were curious to learn more about why some CBD consumers are choosing topical applications, such as lotions or massage oils, over other forms of this supplement and found a surprising number of ailments it may help.

While CBD oil, a non-psychedelic extract of industrial hemp, seems to offer healing benefits when ingested almost any way, for some types of chronic pain, skin conditions, and other localized problems, topical applications allow users to go right to the source. Topical CBD can also work faster, since it doesn’t have to travel through the digestive system first.

Just as with our investigations into whether CBD can help chronic pain and anxiety, we’ve looked at the scientific literature on the topic but also looked at reports from everyday people who’ve benefitted from hemp extract. 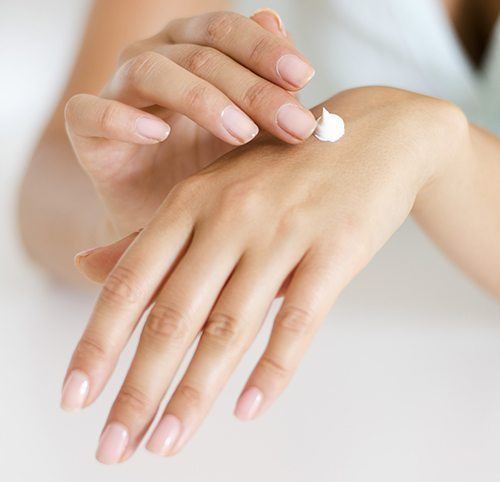 There’s a lot of research into the overall benefits of CBD in humans, but when it comes to topical applications most of the studies we found used animals.

In July 2016, a team of 7 researchers from the University of Kentucky published the results of their successful study of CBD for relieving arthritis symptoms in rats in the European Journal of Pain. Scientists artificially induced arthritis in the rats’ knee joints, then studied whether CBD improved their mobility and reduced their pain.

“Exploratory behaviour was not altered by CBD indicating limited effect on higher brain function,” they added, further evidence that CBD has few side effects.

“These data indicate that topical CBD application has therapeutic potential for relief of arthritis pain-related behaviours and inflammation without evident side-effects,” the scientists concluded.

Although perhaps less applicable to everyday applications, other animal studies suggest CBD could reduce many different kinds of inflammation. It’s also worth noting that there are already at least two patents on specific formulations of topical CBD. (Reference here and here.)

An April 2016 investigation into topical CBD and cannabis by Medical Marijuana, Inc. summed up some other promising research. “The topical application of cannabinoids allows them to be absorbed directly into the affected area for faster and more focused relief.”

“The topical application of cannabinoids allows them to be absorbed directly into the affected area for faster and more focused relief.”

One benefit, the site noted, was that even topical formulations based on psychoactive cannabis are not mind-altering, because they “bind to CB2 receptors near the skin, activating the endocannabinoid system, and are never absorbed into the bloodstream.”

Beyond simple chronic pain issues, “the topical use of a combination of THC and CBD has been reported as effective against the ‘central pain of multiple sclerosis.'” It may also help with skin conditions, including “burns, rashes, eczema, psoriasis, and skin infections.”

But Medical Marijuana, Inc. also admitted “little research has been done into the application of … cannabinoids transdermally.”

Rachael Schultz, a freelance fitness writer, took a more cautious approach to topical CBD in a January 2017 report for Shape magazine. “There’s practically no scientific data to support the idea that a CBD-infused topical cream is any more effective than other topical pain relievers, like Tiger Balm, BenGay, or Icy Hot,” she warned.

Schultz also speculated that other herbal ingredients found in topical CBD creams could be just as, or more effective than the CBD itself. But the experts she consulted admitted CBD is promising, just largely unproven in human-based laboratory testing.

“The pain and stiffness that comes post-workout or from overexertion certainly has a pro-inflammatory component to it, so it’s reasonable to think CBD or other cannabinoids might have benefits, but we have no research to support this yet,” Gregory Gerdeman, a neurophysiologist and cannabinoid expert at Eckerd College in Saint Petersburg, FL., told Schultz.

‘CBD Has Been The Only Thing That Helped’: Cbd Users Tell Us Why They Go Topical

When we asked the redditors of /r/CBD/ about the topical use of CBD, many were quick to praise its benefits.

Dr. Ranga Krishna, a neurologist from Brooklyn, told us he both prescribes and holds a patent in topical CBD because of its incredible promise.

“Topicals are a fantastic option as they’re easily measured in terms of ingredient compositions, and are higher in bioavailability than orally ingested compounds; this being because they are able to skip liver metabolization,” he wrote.

While he hopes “CBD can really shine” through topical application, he added “we are still doing studies in regards to that.” Eventually, he said he hopes to combine it with other topical pain relievers. 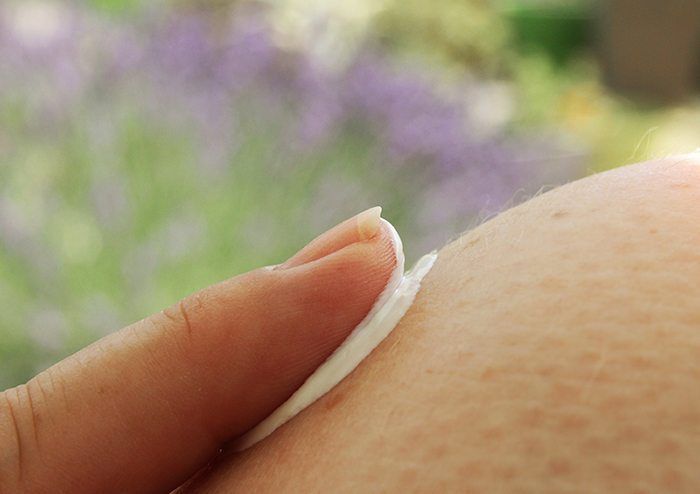 Of course, since everybody is different, topical CBD hasn’t worked for everyone.

“I tried for a stubborn chronic pain problem,” wrote pursehook. “It helped a little, but really not enough for that spot and my pain level.”

Instead, pursehook wrote that they returned to other methods of ingesting CBD that seem to help more. And though topical creams didn’t help with chronic pain, they discovered another, unexpected benefit instead. “I was completely skeptical, but it works like a miracle on [menstrual] cramps. Who knew? Amazing.”

But other redditors were enthusiastic about the benefits of topical CBD products. “CBD has been the only thing that has helped,” wrote onwardtomanagua, who suffers from postherpetic neuralgia, a lingering form of chronic pain that can be caused by shingles.

“I use topical salves because I stopped ingesting cannabis, but they still help my muscles and joints when tense or knotted,” wrote kaizoku.

In a separate discussion posted in February, a redditor named ValiumKilmer suggested topical CBD can even help with hemorrhoids.

Topical Cbd Needs More Research, But Don’t Wait To Try It Yourself

Many people have already experienced the benefits of CBD, but science is clearly still catching up. Unfortunately, that’s not unusual: the medical establishment is also still arguing about whether CBD can benefit epilepsy sufferers despite decades of positive research.

That shouldn’t stop you from giving topical CBD a try if you think it might benefit you.

Even Rachael Schultz, Shape’s skeptical CBD investigator, admitted “Science hasn’t confirmed creams with CBD will have any greater benefit than those without, but there’s little-to-no risk in trying it out.”

As with all CBD products, it’s important to investigate your source and make sure they have a proven track record of offering reliable supplements. Whether you have chronic pain, post-workout soreness or just want better skin, we hope you’ll give hemp and CBD a try. Then tell us how it worked for you! Reach us at [email protected].

CBD For Dogs FAQ: All About Giving CBD To Dogs

Organic Hemp: Not All Organic CBD Is Created Equal & Why That Matters

Buying Hemp Flower: 5 Things To Look For In A Hemp Strain