Hempcrete In Australia: Hemp To The Rescue During Heat & Drought

Last year, a house in rural Australia, scooped a prestigious prize for building design. The key material? Surprisingly for some, it was hempcrete.

“Most people who go there have already discovered it’s made of hemp,” hemp advocate Dick Clarke told the Ministry of Hemp. “But they are surprised to see how normal it looks — what were they expecting I wonder?”

“(They’re) equally surprised at how nice it feels inside, and how comfortable it is. This is when the lightbulbs go on about temperature and internal humidity control. It’s fun to watch. Then when they start talking, excitedly, they are blown away by the quiet acoustics.”

‘The most comfortable home I have ever slept in’

Clarke from Sydney-based firm Envirotecture won the Paul Dass Memorial Prize in the BDA National Design Awards, for outstanding building design for the house near Mudgee, northwest of Sydney.

He has been building hemp homes since 2013. AK Constructions Mudgee built the award-winning house, with a design by Envirotecture, and the hemp building materials supplied by Australian Hemp Masonry Company (AHMC).

“Having visited the house in a cold winter time, I can say that it is the most comfortable home I have ever slept in,” said Clarke.

“While there was frost on the ground outside, we slept under a light blanket, with no additional heating. The house has a sense of settled quietness which is hard to understand without experiencing it.”

The hemp home cost about $700,000. Thats about 15% more than a normal timber and fibre cement building. Clarke told us they’ve struggled to get Australia’s construction code to acknowledge the unique benefits of hempcrete and the Grattai house.

It’s not the only award-winning hemp home in Australia. In 2017 “Balanced Earth” in Byron Bay, a trendy spot on the country’s east coast, won the New South Wales Master Builders Award for Energy Efficient Housing.

AHMC have been developing the Australian hemp construction industry since 1999 and supply Building Code of Australia (BCA) compliant green building products, consulting services and also give training and advice.

AHMC manufacture lime binder, hemp-lime render, and insulation products in Sydney. Their materials are low-embodied energy, thermally efficient and greatly reduce energy use in buildings. They developed and tested them over six years at the Australian Centre for Construction Innovation at the University of New South Wales, and then for a further six years in the field.

Klara Marosszeky, AHMC managing director, said they had built 140 hemp homes. With multiple occupants living in them there could be a total 400 people residing in a hemp house thanks to AHMC.

AHMC builds houses on a regular basis in Tasmania, Western Australia, New South Wales, Victoria. They were about to start on homes in Queensland and South Australia, as well as New Zealand. There are currently nine builds underway, mostly in New South Wales but also in Victoria and Western Australia. This was despite the misconception, she said, that Australia didn’t have its own hempcrete building products.

“We’ve had feedback from people from homes in Mudgee for example where it’s been 40 plus degrees for over a week and it doesn’t get hotter than 27 inside a hemp home,” Marosszeky told the Ministry of Hemp.

“So (hempcrete) works thermally in a whole range of ways.

She continues “It’s light thermal mass, it’s highly insulative and because it’s a breathable material (it’s) vapor permeable, it draws moisture out of the atmosphere, so deals with humidity very well.”

In February, Australia’s Bureau of Meteorology, declared the 2018-19 summer the hottest on record.

Meanwhile regional New South Wales is undergoing a record drought, which is where hemp — a drought-resilient hardy crop that can guarantee farmers income during these periods — also comes in.

‘Miracle house’ made from hemp

The manager of a community radio network in Victoria also installed two unrendered hemp walls during the retrofit of his home. He discovered working there was the equivalent of working in a sound booth. He’s now building a hemp music studio, said Marosszeky.

One award-winning house in the Sydney, built under the city’s flight path also has both acoustic and thermally insulative benefits thanks to hemp.

The house has a sense of settled quietness which is hard to understand without experiencing it.

Others hemp homes in Australia include a family with teenage aged triplets with muscular dystrophy who require wheelchairs. Clarke designed their house in central-west New South Wales. Locals dubbed it a “miracle house.”

“What had to be designed was a home where three people in wheelchairs could get around without busting the house to pieces,” said Marosszeky.

“In a normal home that wouldn’t work so it’s sort of like a mini hospital size building. And the community built it.”

Marosszeky first began looking at hemp in the mid-1990s when she started searching or an alternative to timber, not to stop using it altogether, but to use it more carefully.

“We haven’t got our heads around forests and how much we need how much vegetation we need to keep going on the planet to be able to harvest the amount of emissions that are out there,” she said.

“Hemp just immediately goes into that and it has this history of durability.”

Marosszeky continued: “It has the health benefits, so good indoor air quality, and then it hits these targets for thermal efficiency.”

Training others in Australia to build hempcrete homes

This could be a pole structure, standard pine frame or construction which starts on stone in wet or tropical areas or cold regions. AHMC distributes training manuals which detail everything needed for a code compliant home.

In Australia, there is demand for hempcrete homes for health.

“We know what is inside our buildings is making us sick,” said Marosszeky, adding that molds don’t grow in hemp buildings because they have breathable walls.

“A huge amount of buildings in Australia and everywhere in the world have got molds, molds are responsible for about 75% of allergies with respiratory and skin allergies.”

“She added: “so it’s quite an important thing to not have molds in your home because that’s what’s triggering all of your allergies.”

AHMC also work closely with farmers and processors in Australia. They are currently setting up for early stage investment. 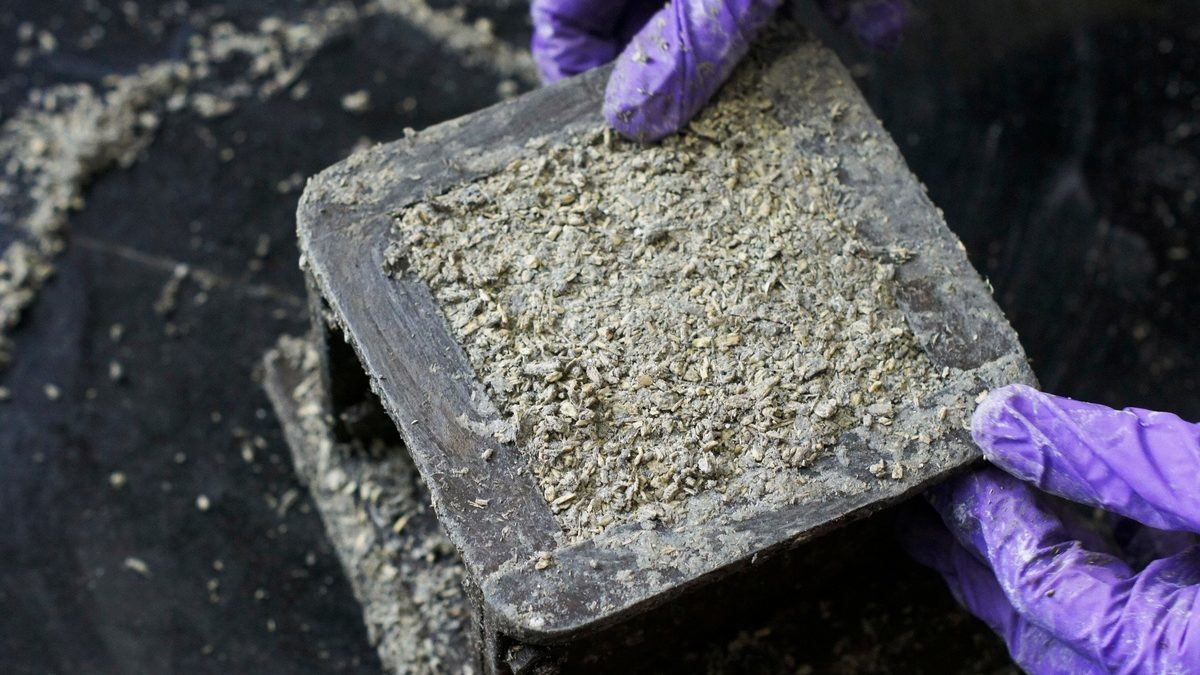 Pearl Green is the pseudonym of an Australian freelance writer who covers lifestyle, human rights and other issues.