What the United States can learn from Hemp Legalization in Canada

“My best advice is walk before you run.”

When it comes to the agricultural hemp, Shaun Crew knows more than most about what it takes to be successful. The president and founder of Hemp Oil Canada, he’s been in the hemp business longer than nearly anyone in his country and he’s seen the many hurdles the industry had to overcome since growing returned to Canada. While industrial hemp returned to the United States on limited terms in 2014, all Canadians have been allowed to grow hemp since 1998, though the plant remains more restricted than other crops. Today, about 100,000 acres of hemp are grown annually in Canada according to experts we interviewed, and hemp is a well-established industry with government support.

Meanwhile, only about 23,000 acres of hemp were grown in the U.S. in 2017, according to a report by Vote Hemp, and the industry struggles with unclear regulations and occasional threats from government agencies and law enforcement.

Both Canada and the U.S. are at a crossroads when it comes to the cannabis plant. Currently, Congress is considering the “Industrial Hemp Farming Act,” which would allow almost anyone to grow agricultural hemp in the U.S.

Meanwhile, Canada will legalize recreational use of psychoactive cannabis next year, a momentous occasion for those who’d like to see full legalization across North America or even beyond. With hemp legalization on the horizon in the U.S., and even recreational cannabis spreading from state to state, we wondered what our country could learn from Canada, and asked experts from both countries for their thoughts. Crew is cautious about growing hemp in a new market, because he saw the struggles that the industry underwent during its early days. Crew founded Hemp Oil Canada in 1998, very soon after hemp was legalized but, almost two decades later, few other companies remain from that time. Many farmers, entrepreneurs, and innovators had high hopes for hemp back then, and most of those efforts failed due to a lack of infrastructure and the lack of anywhere to market their wares.

“When I got involved with this we had zero market, zero products and zero processes to make those products,” Crew recalled. “We had to basically invent everything right from the get go.”

Geoff Whaling, chairman of the U.S.-based National Hemp Association, agreed with Crew’s assessment. “They had a lot of literal growing pains in the first years.”

As a dual citizen of both the U.S. and Canada, Whaling is in a unique position to guide hemp growth in the U.S. based on the lessons learned to our north. “We are hoping to avoid those challenges as we move forward here in the United States.”

Excited by a new crop and its potential to revive Canadian agriculture, many farmers rushed into hemp growing without a buyer lined up in advance, only to end up with a warehouse full of hemp seeds.

“When I got involved with this we had zero market, zero products and zero processes to make those products. We had to basically invent everything right from the get go.” – Shaun Crew

“A lot of those guys end up sitting on that seed for one or two years and then at that point it really doesn’t have a lot of value,” Crew explained.

Whaling told us, “After year 3, the industry absolutely collapsed in Canada because nobody knew what hemp was.”

Not only was the infrastructure lacking, but hemp still faced a lingering stigma thanks to its association with psychoactive cannabis and the war on drugs. Adding to the stigma, hemp growing is overseen by Health Canada, the government agency in charge of controlled substances, unlike other crops which fall under the jurisdiction of Agrifood Canada. In other words, hemp was and is still treated like a drug rather than a normal plant.

Over time, however, Health Canada eased its initially onerous restrictions and became increasingly supportive of adapting its policies to the needs of hemp growers. Law enforcement and government officials alike saw that hemp growing didn’t lead to any increase in crime or other issues for the communities where it was grown, processed and consumed. And, as the hemp industry slowly stabilized, anyone could see how it was a benefit to the economy.

Today, Canada is one of the top exporters of hemp foods to the U.S., especially hemp seed products. Hemp Oil Canada remains one of the major players in the market and, in late 2015, the company merged with Manitoba Harvest, the other major powerhouse, though the two companies maintain separate corporate structures. Crew estimates hemp foods generate at least $150 million in annual profits in Canada.

One of the biggest keys to success is vertical integration. Companies like Hemp Oil Canada control every stage of the growing process, from forming contracts with the growers right up until the hemp foods reach the market. Under this system, farmers know that they have a built in market for their crops, and hemp food manufacturers ensure they get exactly what they need from the farms.

To a much lesser extent, Canadian hemp is also used for textiles or building materials. One market that remains largely untapped is CBD oil, the nutritional supplement that’s grown extremely popular in the U.S. for its healing potential. Although CBD is available through Canada’s medical marijuana program, hemp growers and vendors are banned by law and Health Canada regulations from using the flower or leaves of the plant, or from refining hemp into CBD.

Most hemp grown for seed, and therefore the bulk of the hemp grown in Canada, is grown in Western provinces but, in the east, Quebec is making up for it by becoming a leader of hemp research. “Innovation is very important here and the government is supportive of the hemp industry.”

That’s according to Darko Popovic, one of the founders of Chanvre Quebec (“Hemp Quebec”). Popovic and his friends, fellow hemp enthusiasts, created Chanvre Quebec to promote French-language information about the crop and promote hemp entrepreneurs from their province.

Popovic credits institutions of learning as key advocates for hemp legalization; research into hemp in Canada began years before full legalization. “It was actually the universities that made it happen, in fact, and still today we’re doing a lot of research.”

Another company to benefit from relatively early support for hemp in Canada early is Valleybio, a “Registered Seed Establishment” providing legal hemp seeds to growers throughout Ontario.

Founder Reuben Stone grew his first hemp crop in 2009, then later his company became a major supplier of hemp seed in the province after Stone stepped up to replace the failing Ontario Hemp Alliance. Valleybio also partners with another seed cleaning company, and a Quebec hemp breeder in a hemp genetics research and marketing partnership called “Uniseeds.” In Canada, hemp farmers are not allowed to save seeds from their crop, but are required to purchase “clean” seed from a registered seed establishment like Valleybio each year. While this may seem restrictive, Stone told us that it can actually protect farmers from government interference in their crops.

In the U.S., hemp crops are tested for their THC levels after harvest. THC is the chemical in cannabis which can make people “feel high,” and legally levels in industrial hemp must be 0.3 percent or less. Even though THC levels are still far too low to cause any noticeable effect on consumers, U.S. hemp crops must be burned if they test even 0.1 percent over the legal limits.

Health Canada used to enforce similar policies, but decades of reliable seeds provided by seed cleaners changed their tune. “No THC testing has to be done anymore on commercial production so as long as you have purchased certified seed,” Stone said.

Stone said while she feels like Canadian hemp growers have been “fortunate” in these gradual changes, she still hopes hemp is fully reclassified in the future:

“We have basically 20 years of really good history of growing industrial hemp as a field crop, so to have Health Canada and the Federal Government move industrial hemp out of the jurisdiction of Health Canada and the Controlled Substances Act and move it over into agriculture and Agrifood Canada, so it can be treated as a regular food crop, a grain crop, would be the ideal situation.”

Medical marijuana has been available under a very successful federal program in Canada since 2001, but starting in summer 2018, psychoactive cannabis will also be available nationwide for recreational use. Crew told us he’s proud that Canada is leading the way to cannabis legalization, but concerned about its uncertain effect on the hemp industry. Right now, it’s still unclear how the law will be implemented both on a national and a province-by-province level.

“Come next July we’ll find what that regulation is going to look like, and it’ll replace the industrial hemp regulation which we’ve operated under for the last 19 years,” he said.

While stakeholders like Crew have reached out to government officials for reassurance, he is frustrated that they still aren’t sure how legalization will affect their industry. Still, he remains positive about the law, foreseeing many potential benefits for Canada, including a boost to scientific research into cannabis. He added:

“We’ve had a medical marijuana program in this country for a couple decades now and it’s just growing all the time and it’s not creating other problems for either law enforcement or politicians. So it’s a great move and I’m happy to see that Canada’s going to hopefully take the lead in this.”

LEARNING FROM CANADA: RESEARCH AND CAREFUL GROWTH COULD LEAD TO A SUCCESSFUL HEMP INDUSTRY

Citing Canada as an example, Whaling told us the slow pace of hemp legalization in the U.S. has had some benefits by forcing the industry to grow at a measured pace. He believes more research is needed into the efficient use of hemp, and better tools developed for commercial harvesting, before it can become a truly revolutionary crop for American farms.

“Just using it for seed and oil pressed from the seed doesn’t create an industry,” he said. While Canada is growing an impressive 100,000 acres of hemp, he noted by way of comparison that the country grows over 7 million acres of soybeans each year.

Crew, of course, agrees. “Don’t be throwing millions of dollars at it at once. Unless you have a market to sell those products into, you’ve got to be careful.”

He added, “Will it save the family farm? I doubt it, but everything helps a little bit.”

While Canada is leading the way into cannabis legalization, that process is also slowly underway in the U.S., with about 29 states offering legal marijuana in some form. But as that process continues, we’ll need to be careful not to harm the growing industrial hemp industry either.

As Popovic joked at the end of our interview, “You can learn from our mistakes instead of making your own mistakes.” 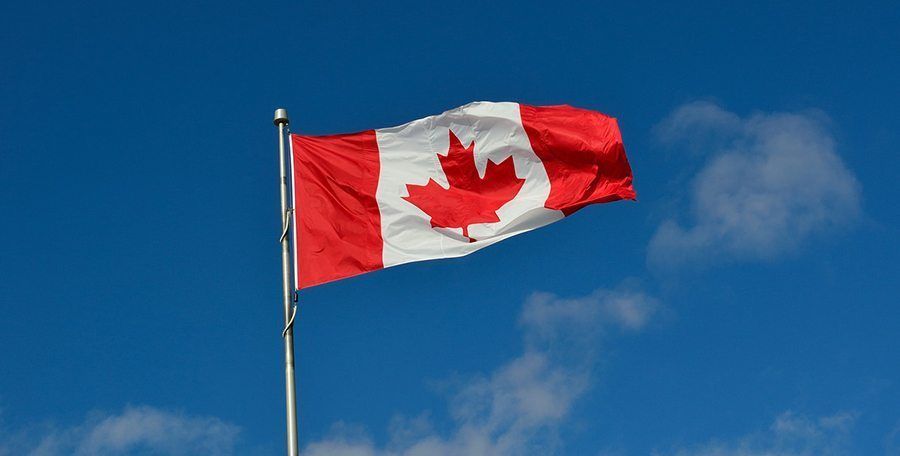