Cannabidiol — also known as CBD — has been getting a lot of attention lately.

As it dominates headlines, sparks controversies, and finds its way onto menus in coffee shops across the country, you could even say that CBD is on track to becoming as well-known as its cousin, THC.

With all the focus on CBD, it’s easy to forget that there’s over 100 other cannabinoids out there, of which CBD and THC are only two. And among all of these naturally occurring cannabis-derived compounds, many have their own powerful therapeutic benefits that are on par with CBD. So with that in mind, which cannabinoid is next in line for its time in the spotlight? In this article, we compare the benefits of CBD vs. CBN and explain how both can help us live better lives. (Photo: Every Day Optimal)

Our nominee: CBN, short for cannabinol. In this article, we’ll dive into what CBN is, what its benefits are, and how it compares with CBD.

A QUICK PRIMER ON CBD AND CBN

Just in case you’re new to the world of cannabinoids, CBD is one of the primary compounds found in the cannabis plant (which includes both hemp and marijuana). CBD can make up anywhere from 1 percent to 25 percent of the plant, and in most strains, it’s the second most dominant cannabinoid next to THC. While THC is best known for its psychoactive properties, CBD won’t get you high; rather, its skyrocketing popularity is based entirely on its wide range of therapeutic benefits. Many consumers are touting the benefits of using CBD gummies and edibles for daily stress and anxiety, while others use the oils, balms and capsules for ailments like muscle pain, insomnia, and depression.

CBN is a bit different from CBD for a few reasons. Its content in cannabis tends to be pretty low – 1 percent or even less — but this is subject to change over time as the plant is exposed to oxygen or heat. Specifically, as cannabis ages, its THC content breaks down into CBN. Additionally, while CBD has zero psychoactive properties, the same can’t be said for CBN; that said, its psychoactive properties are very, very mild, so you’d likely need to take a massive dose of CBN to feel any sort of high.

Although CBN may be new to you, it was among the very first cannabinoids ever identified, and was successfully isolated for the first time in the 1930s. In fact, prior to the discovery of THC, CBN was considered to be the cause behind the psychoactive effects of marijuana.

BENEFITS OF CBN AND CBD

Despite CBN being on scientists’ radar for so long, research on its use is very limited — especially when compared to the wealth of information available for both CBD and THC. That said, what we know so far about this cannabinoid is promising.

One of CBN’s biggest benefits is that it’s a strong sedative, making it effective as a sleep aid and anti-anxiety drug. According to Steep Hill Labs, CBN’s relaxing effects are comparable to the pharmaceutical diazepam, while a 1995 study on mice found that CBN can increase sleep time as well. Additionally, CBN’s effectiveness for sleep is enhanced when taken alongside CBD, which has been praised for its ability to increase REM sleep, reduce nightmares, and treat sleep disorders such as insomnia and sleep apnea.

Aside from sleep benefits, both CBN and CBD are potent anti-inflammatories with powerful pain relieving properties. Again, these benefits appear to be even more effective when both cannabinoids are taken together. Both CBN and CBD can also relieve pressure related to glaucoma, and both have antibacterial properties, including against antibiotic-resistant MRSA. Among other benefits, CBD is a powerful treatment for epilepsy and anxiety disorders, and CBN shows promise as an appetite stimulant as well. Full spectrum hemp extracts feature both CBD and CBN among other cannabinoids, promoting the “entourage effect.” (Photo: Every Day Optimal)

Full spectrum CBD oil contains all the cannabinoids and terpenes that were extracted from the cannabis plant, including CBD, THC, CBN, and a variety of other compounds that vary depending on the strain. Broad spectrum CBD oil, on the other hand, goes through additional processing to remove all traces of THC, while keeping all other cannabinoids intact.

CLOSING THOUGHTS ON CBD VS CBN

As you can see, CBN shows a lot of promise for a wide spectrum of issues.

At Every Day Optimal, we believe, that just like CBD, it can be quite powerful for pain relief, sleep troubles, and anxiety. When CBN is taken with CBD, these benefits are often even more potent. With all the attention CBD’s gotten lately, it’s likely that we’ll see much more research into the benefits of CBN and other cannabinoids in the near future.

And who knows – maybe CBN will start showing up in coffee shops next, right alongside CBD. We’ll be keeping an eye out for it! 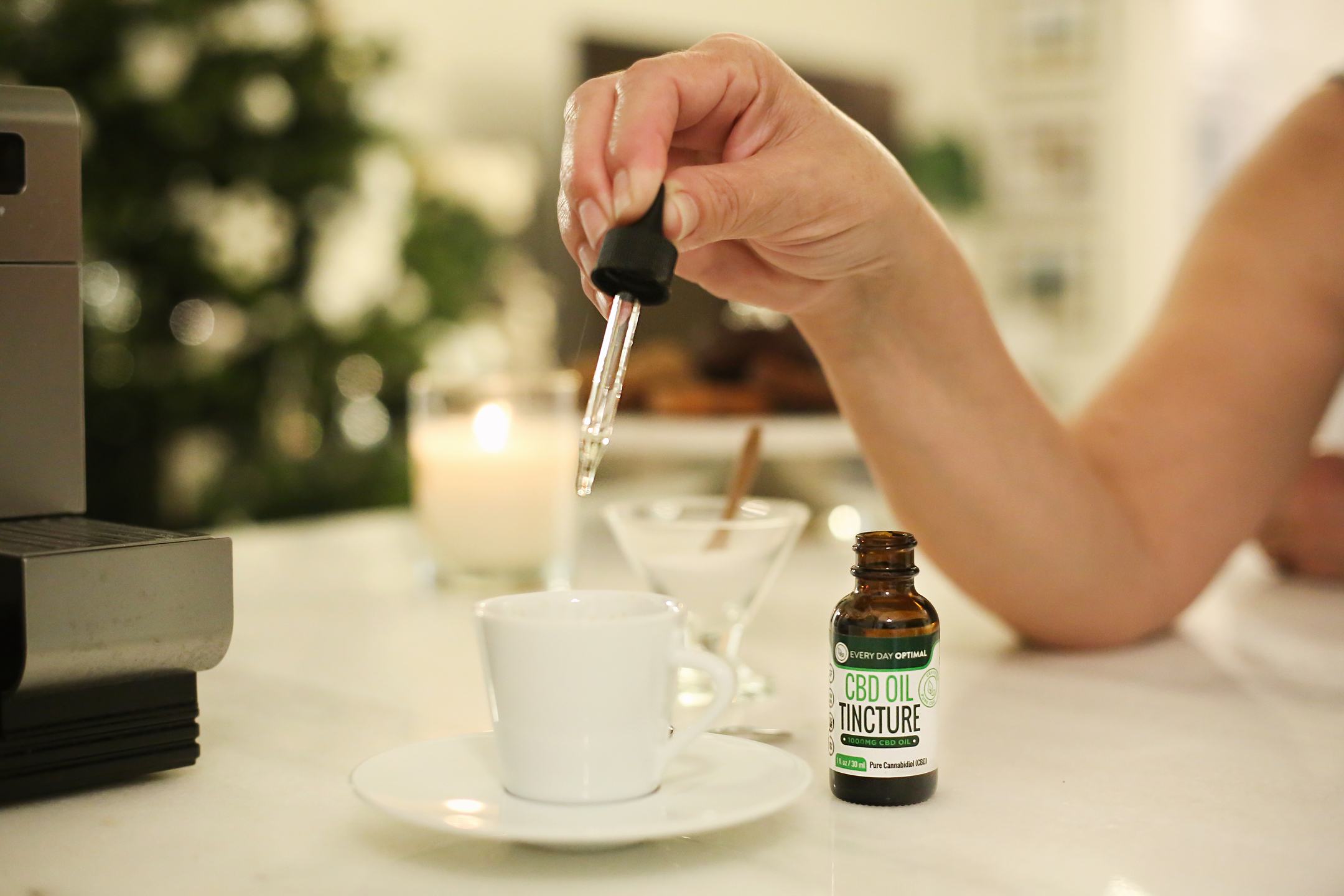