As millions of Americans struggle with increasingly stressful lives, some of them are turning to cannabis, specifically CBD, to ease their anxiety.

According to the National Institute of Mental Health, about 19 percent of Americans experienced the symptoms of an anxiety disorder at some point over the past 12 months, making it the most common form of mental illness in the United States. Even for the rest of us, our chaotic, unpredictable world can still often leave us feeling overwhelmed.

Regular users of psychoactive cannabis, also commonly known as “marijuana,” frequently report using the substance to relax after a hard day. For many people, hemp-based CBD oil can offer similar benefits, but with few side effects and without making them feel “high”.

Just as with our article on using CBD for pain relief, we’ve examined both the scientific evidence and anecdotal reports from regular CBD consumers. There is still a lot of research to be done into CBD and anxiety. However, the preliminary results looks extremely promising.

The link between cannabis, CBD, and anxiety

Paradoxically, while many people look forward to that afterwork toke, other people report struggling with paranoia when they ingest psychoactive cannabis. This seems to happen often when they take more than they’re used to. Science suggests that CBD plays a key role in this seemingly paradoxical set of responses to the same substance.

Bailey Rahn, a writer at the cannabis information site Leafly, reported that some cannabis users have successfully counteracted these feelings of paranoia by taking additional CBD oil. Consumers of high CBD strains also report that they are less likely to induce paranoia. Anxiety sufferers in states with legal recreational or medicinal cannabis prize high CBD strains. And people in every state use CBD to help relieve anxiety, whether they take an oil, vape CBD, or even smoke hemp “joints.”

“Cannabidiol balances the buzz and softens the euphoria — or, in some cases, the dysphoria — induced by THC, which, in concentrated form, can make people feel very loopy and weird,” wrote cannabis expert Martin A. Lee in his book “Smoke Signals,” in a passage quoted by Rahn.

Like all extracts of hemp or cannabis, CBD oil is known to work primarily through its effects on the endocannabinoid system. There CBD mimics chemicals similar to cannabis that are naturally occurring in all humans (and all mammals). Some research even seems to link Post Traumatic Stress Disorder (PTSD) and other anxiety-linked conditions to lower than normal levels of these natural occurring compounds.

“CBD has considerable potential as a treatment for multiple anxiety disorders.”

Most current research looks at the effects of CBD on serotonin. This neurotransmitter, found in the human brain and nervous system, plays a crucial role in mood (including depression and anxiety), sleep and other key biological processes.

A lot of the scientific research of CBD for anxiety is “preclinical,” meaning animal research rather than on humans, but these studies have found that CBD seems to function similarly to commonly prescribed SSRI class of pharmaceutical drugs by encouraging the action of serotonin receptors in the brain. Both SSRIs and CBD seem to promote regeneration of the hippocampus, a region of the brain that plays a role in both depression and anxiety.

In a survey of 34 studies which did include human subjects, published in May 2012 in Pharmaceuticals (Basel), Simon Zhornitsky and Stéphane Potvin found that CBD showed promise in numerous conditions from bipolar disorder to social anxiety.

“[P]reliminary clinical trials suggest that high-dose oral CBD (150–600 mg/d) may exert a therapeutic effect for social anxiety disorder, insomnia and epilepsy,” they wrote, but warned that high doses of CBD can “also … cause mental sedation.”

In a similar September 2015 survey, published in Neurotherapeutics, a team of 4 researchers looked at the results of both human and animal studies of CBD.

“Overall, current evidence indicates CBD has considerable potential as a treatment for multiple anxiety disorders,” the team wrote, though they emphasized that further study is needed.

Scientific research into CBD seems to mostly focus on its positive effect on overall anxiety levels, and anecdotal reports we read from CBD consumers suggests it may be more effective when taken regularly rather than a treatment for specific flare-ups of “acute” anxiety.

“For me, it’s good for quelling the low level, day-to-day anxiety that buzzes in the background, but it isn’t strong enough to stop a panic attack the way xanax can,” wrote redditor WilliamMelvinHicks in a 2017 discussion on Reddit.

Other redditors reported that too high of a dose of CBD can sometimes exacerbate anxiety. “That’s why [it’s] always good to start small and work yourself up,” wrote kiiinglouie, another redditor.

While research is ongoing, we wanted to look at a few more recent studies. Since we first wrote this article, even more research now supports using CBD for anxiety. If you search online (Google Scholar is a great resource), you’ll find even more.

“More high-quality clinical trials must be published before sound conclusions can be drawn.”

In February 2020, the Journal of Clinical Psychology published a case study on using CBD in a teenage patient with Crohn’s disease. The patient struggled with intense fear and anxiety over medical treatments. The authors cautioned that the case study can’t substitute for a real scientific study, but results were promising. Because CBD can also reduce inflammation, it offered dual benefits for the patient in question. While it’s also not scientific, one of our writers, Annalise Mabe, reported intense relief from “the psychological burden/worry, abdominal pain, and overall anxiety” caused by Crohn’s.

Another February 2020 case study, this time published in the German publication Neuropsychiatrie, found CBD offered relief to a teenager struggling with both anxiety and harmful use of mind-altering drugs.

However, it’s worth noting that a review of various studies and research, published January 2020 in Current Opinion in Psychiatry was more reserved. While noting some promising results, researchers cautioned that some studies failed to show significant anxiolytic (anxiety reducing) benefits from cannabis.

“More high-quality clinical trials must be published before sound conclusions regarding the efficacy of cannabis for treating anxiety can be drawn,” they wrote.

Final thoughts on cannabis and anxiety

We still have much to learn about CBD and anxiety. The 2018 Farm Bill made CBD legal for everyone in the U.S. Since then, they’ve exploded in popularity.

It’s worth experimenting with hemp extracts to see if they can help you find stress relief. Remember, we’re not doctors. You should always consult with your medical professionals before changing your treatment in any way. While it’s rare, CBD can have side effects. In particular, if you’ve ever been warned to avoid grapefruit because of its interaction with your prescription drugs, be sure to check with your doctor before starting CBD.

Let us know how you’re using CBD too, we’d love to hear your stories. Reach us at hello@ministryofhemp.com.

* This article is part of our series of exploring the potential benefits of CBD oil. Read our other posts: 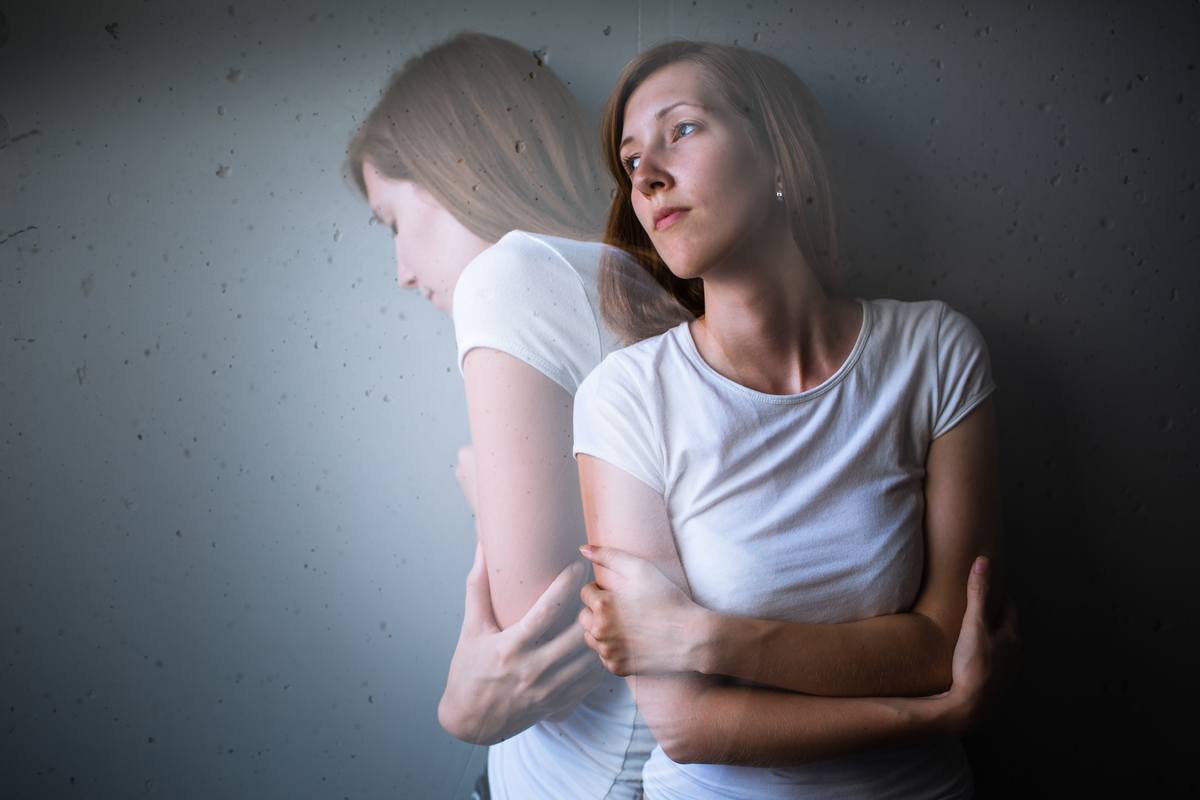 How To Make CBD Oil: A Guide To DIY CBD Oil