CBD For PTSD: How CBD Oil Can Relieve Symptoms Of PTSD

CBD is not a miracle cure, but many people report using CBD for PTSD offers relief of some of its most troubling symptoms.

Post-Traumatic Stress Disorder (PTSD) affects millions of people worldwide. Some of its main symptoms include anxiety, insomnia and depression. Since it causes rapid fluctuations in mood, PTSD can lead to reckless behavior, issues with concentration and even hypervigilance.

Many PTSD patients have reported CBD as being a very effective alternative to helping with some of these symptoms. CBD shows tremendous potential to aid reduce the negative impact of PTSD, with minimal adverse reactions. In addition, CBD has very few side effects compared with other PTSD treatment methods.

In this article we will discuss how CBD oil can be a part of safe, effective PTSD treatment. We’ll take a look at the most prevalent symptoms associated with this condition and what CBD does to counteract them.

Anxiety is sometimes not viewed as a serious condition given how prevalent it is. By definition, it’s just natural response to stress and other stimuli that we may perceive as threats to our well-being. But there is a distinct difference between a reaction that is necessary to avoid a risky situation and one that is detrimental to our own peace of mind or relationships.

Conventional options for anxiety include going to therapy or using prescription drugs, which may come with strong side effects. Now, CBD oil is becoming a vital tool for fighting anxiety Studies conducted on both animals and humans indicate that cannabidiol may be effective in significantly reducing anxiety. Its positive impact has been attributed to the influence on receptors responsible for regulating serotonin levels, thereby improving mood. According to a 2013 study, CBD may also play a role in regenerating neurons in the hippocampus region of the brain, which can also aid in reducing anxiety levels.

Sleep is one of our most vital bodily functions, that helps us to heal, recuperate and perform at our best. But, for millions of people worldwide, sleep can be quite difficult to come by.

It is estimated that one in four Americans develop insomnia each year. This prevalent sleep disorder has been associated with other health conditions, a major loss in productivity and even vehicular crashes. Perhaps the most common form of treatment for insomnia is sleeping pills. While some may be effective as sedatives, prolonged use may possibly lead to addiction. To make matters worse, when hopping off the medication, some people experience “rebound insomnia,” which is even worse than when they began taking the drug.

Given these potential hazards, it comes as no surprise that some people are looking for safer forms of treatment. One of the earliest uses of hemp was to help induce sleep. CBD has been the main element associated with this effect and is proven to be useful in managing sleep disorders. Through its interaction with the endocannabinoid system, it can help to address symptoms that may cause a loss of sleep such as anxiety and promote more calmness. It also shows the potential to be a natural remedy for insomnia by aiding the production of melatonin, which promotes a deeper, better quality sleep.

Though research is still in the early stages, the limited studies and mounting user testimonies suggest that CBD is a safe, effective sleep aid, with little to no potential for abuse.

CBD May Even Ease Depression

Depression affects millions of people worldwide and is a leading cause of disability.

This condition should always be treated with some form of professional support. However, because of its stigma some people choose to tough it out or even turn to drugs or alcohol to get relief. These choices usually compound the problems even more. Experts suggest that effective treatment of depression usually involves a combination of structured therapy as well as holistic lifestyle changes. An increasing amount of people with depression are turning to CBD products to help support their self-care routines.

Though large-scale clinical trials are still underway, the experimental evidence seems to support CBD’s usefulness in helping to treat depression. Research has shown that the region for the brain responsible for regulating emotions, (hippocampus) shrinks when people experience depression. Some studies indicate that CBD may possibly protect and even regenerate the cells in this part of the brain.

CBD is also known to restrict the breakdown of the so called “bliss molecule” or Anandamide. This compound is an endocannabinoid produced by our body, and is considered a natural antidepressant. Although CBD should not be considered the first choice for handling something as serious as depression, it can certainly add value on the road to recovery.

People With PTSD May Feel Calmer With CBD

Hypervigilance is not really considered a condition but more like a behavior. It happens as a result of dealing with a traumatic situation, and usually involves someone being overly sensitive to their environment. The affected person’s senses are typically on high alert, as they subconsciously anticipate danger or some imminent threat.

This is a common symptom of PTSD, and can lead to physical and mental exhaustion, issues in relationships, obsessive behavior and other social problems. CBD can be great alternative to treating hypervigilance. Apart from its calming effects and mood regulation mentioned earlier, studies have shown that cannabidiol reduces learned fear. It may also contribute to the extinction of aversive memories which are usually linked to traumatic experiences.

Professional medical advice should always be the first line of treatment for a serious condition like PTSD.

However, CBD has proven to be a valuable asset in helping to relieve many of the associated symptoms. It provides a safe, natural, alternative for relief, and as such should be considered as a useful supplement which can be combined with other forms of therapy. 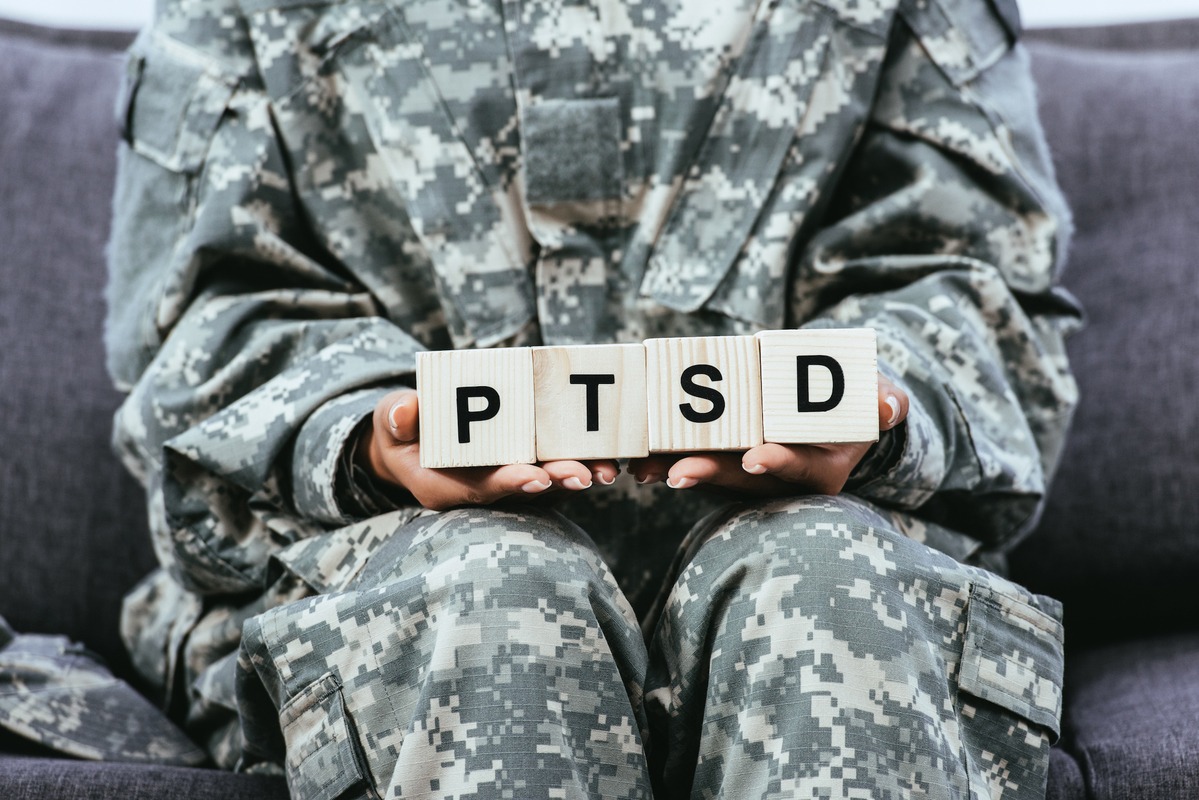