In this time of extraordinary global protest, hemp advocates and the hemp industry must live up to our ideals by supporting the Black Lives Matter movement and working towards real change.

Going even further, our involvement can’t stop with just the protests. In order to build an ethical and sustainable industry, we need to be active participants in undoing the damage that the War on Drugs caused. We need to lobby to defund police forces which grew out of control during this “war.”

At Ministry of Hemp, we often celebrate the ways hemp crosses political boundaries. Across the political spectrum, people see the potential in hemp and its ability to change the world. However, we believe that this is not a political issue but a human rights issue, and it would be wrong for the hemp industry to remain silent.

Now that we’ve achieved legal hemp, we must use our platform to be a part of healing the damage caused by centuries of systemic racism, a not insignificant part of which grew out of the sprawling War on Drugs.

From one murder to a global movement

A shocking murder sparked an international uprising, but it would be a mistake to say this is just about George Floyd.

This latest death comes on the back of months of illness, starvation, record-breaking unemployment and a growing threat of eviction facing thousands during the COVID-19 pandemic. The world seems poised on the brink of either great change or great despair.

But even more importantly to this moment, George Floyd’s murder is just the latest in a string of murders and violence that is uncountable in its damage in lost and ruined lives. To try and put some numbers on it, figures suggest police killed at least 1,001 people last year. Accurate figures are hard to come by because police aren’t required to report fatal encounters in the U.S. According to some calculations, Black people are three and half times more likely to be killed by police than white people.

This global uprising is a sign that Black people (and everyone else too) are fed up with being treated as if they don’t matter. And they’ve been fed up for a long time. This moment of massive upheaval only seems to come “out of the blue” for those of us who haven’t been paying attention.

President Richard Nixon started the modern War on Drugs in the 1960s, and it’s led to escalating police brutality and record-breaking mass incarceration (under both major parties) in the decades since.

Lawmakers intended the “Federal 1033 program,” enabling the police purchase of surplus weaponry and equipment, to fuel “aggressive” enforcement of the drug war. Now, we watch as those tools get used against everyday people in the most alarming of ways.

Not only has the War on Drugs led to many lost lives, it’s also led to a massive growth in prison populations. And it’s created an overgrown Bureau of Prisons capable of fielding its own police force against the people of the U.S. The Drug Enforcement Administration has also been called on to target Black Lives Matter protests. Rarely has the connection between the War on Drugs and oppression been so searingly obvious on our social media feeds.

And let’s not forget Breonna Taylor, whose murder by police also galvanized protesters. She died in a botched police drug raid, in which officers weren’t even at the correct address. The suspect police were looking for was already in custody. Her death can be laid directly at the feet of the War on Drugs, too.

The “War on Drugs” directly enabled the growth of this arsenal. Now, those of us who benefit from the newly legalized cannabis industry need to be a part of the healing. While we celebrate the legalization of hemp, we need to acknowledge that our industry comes from years of knowledge gained during drug prohibition, often by people still imprisoned or locked out of the modern legal industry. We need to do more.

Hearing from the hemp & cannabis industries

Like people all over the world of all kinds, hemp advocates were moved to take part in protests and open their wallets in support. Our inboxes were flooded with pro-Black Lives Matter statements. One CBD brand we’ve partnered with before gave their employees paid time off to participate in the protests, among other contributions.

We applaud these moves by our industry to be allies to Black people. However, we believe that we have a greater responsibility to do more than others, because of our industry’s historic ties to the War on Drugs. Making real change requires more than a single statement in support of Black Lives Matter, or a single donation, or marching in a single protest. It means a long term commitment to change, to listening, and to educating ourselves about the possibilities of a world that looks very different from the one we live in now. And isn’t envisioning a better world what drew so many of us to hemp in the first place?

Our work is far from over, and working for legalization is not nearly enough. Even despite the spread of legalization, people remain in prison for cannabis possession and sales. Statistics consistently show again and again that all races use cannabis and other substances at the same rate, but police arrest white people less and they face less severe penalties. And when lawmakers legalized hemp, they also locked people with drug felonies (disproportionately people of color) out of becoming producers in our industry.

This isn’t the article we planned on publishing today. Our Editor spent weeks researching and scheduling interviews with advocates for ending the drug war, and with Black entrepreneurs in our industry.

We want to thank the people we spoke with, especially Raven Faber of EngErotics, Farmer Cee of Green Heffa Farms, and Torie Marshall and James Watts of Cage Free Cannabis. You’ll notice we didn’t quote them here.

Making real change requires more than a single statement, a single donation, or marching in a single protest.

That’s because as we wrote, this article kept sprawling, until it seemed like it could become many thousands of words long. Ultimately, we decided that what we had to do first was simply state our unequivocal support for the people protesting now. To state that we believe Black Lives Matter.

And we know we need to back up those words with a commitment too. At Ministry of Hemp, we commit to continuing to cover the War on Drugs, systemic racism, police brutality, and their intersection with the hemp industry in the coming weeks and months. We also pledge to bring more attention to black-owned brands, black hemp farmers and producers.

This topic is about more than just police brutality. It’s about the school-to-prison pipeline. And about people still facing life-changing consequences for their use of a plant. It’s about making sure there are more black hemp farmers, more black hemp producers, and more diverse voices everywhere. In the end, it’s about making sure Black people have a real stake in our industry, and at every level of our society.

If that sounds daunting, you aren’t wrong. However, if we want to create an ethical, sustainable world — the kind of world so many hemp advocates say we believe in — we must do it anyway.

While this will be the first in a series of articles, we wanted to offer some ideas we had now, based on the conversations we had.

Black Lives Matter to hemp consumers (& everyone else)

We already ask you to educate yourselves about the hemp products you buy, including how they were grown and whether they are pure and safe. Now take it a step further: ask about who has a stake in the companies you buy from. Do they have diverse workers and leadership/ownership? Are they supporting Black communities, along with other vulnerable communities with their money? You can show that Black Lives Matter when you buy hemp and CBD products.

One study showed just 6% of cannabis owners and employees in Denver are African-American.

In addition, you can participate in your community, not just in local protests, but in efforts to free drug prisoners, defund police, and support expungement of nonviolent drug crimes from people’s records. You can also contact your legislators to make sure they support efforts like these, and to repeal the hemp “felony ban” which prevents many people with drug felonies from being producers in the hemp industry.

And if you’re lucky enough to have money to spare, open your wallet to support Black lives. Give to bail funds to support protesters as well as organizations that build stronger, safer communities near you.

One study carried out in June 2020 showed that just 6% of owners and employees in the Denver cannabis industry are African-American. Looking around at the hemp industry, it’s easy to imagine similar statistics repeated throughout. Is that the industry we really want?

Ensuring that Black people and other victims of the War on Drugs can access our industry should be one of our top priorities. Since the passage of the 2018 Farm Bill which legalized hemp, we’ve seen a great deal of lobbying to fix the “problems” the bill left behind, but those have mostly focused on topics like banking and regulation.

The industry’s devoted very little ongoing attention or lobbying towards the “felony ban,” perhaps because our industry is largely white and therefore less likely to be affected by the ban, because of racial disparities in the War on Drugs. This has to change. We hope every major industry advocacy group makes ending the felony ban a priority in the coming year.

The problems of systemic racism are much deeper — after all, that’s the very definition of systemic. It’s our job to ensure Black people have a stake in our industry at every level. We need to be cultivating black farmers by not just making the training available, but also helping them access resources they need. And we can’t treat the Black members as “tokens” we parade on our stages at our events from time to time as a way to shore up the appearance of diversity. We need to listen to their ideas, voices, and vision for our industry.

We can’t simply bask in the safety of our newly legal industry: we need to take a more active role in ending the War on Drugs and healing the damage it’s caused.

That’s the only way to do right by the people who suffered for so long and fought to get us here.

We’ll be doing what we can to hold the industry, and ourselves, accountable through our coverage. 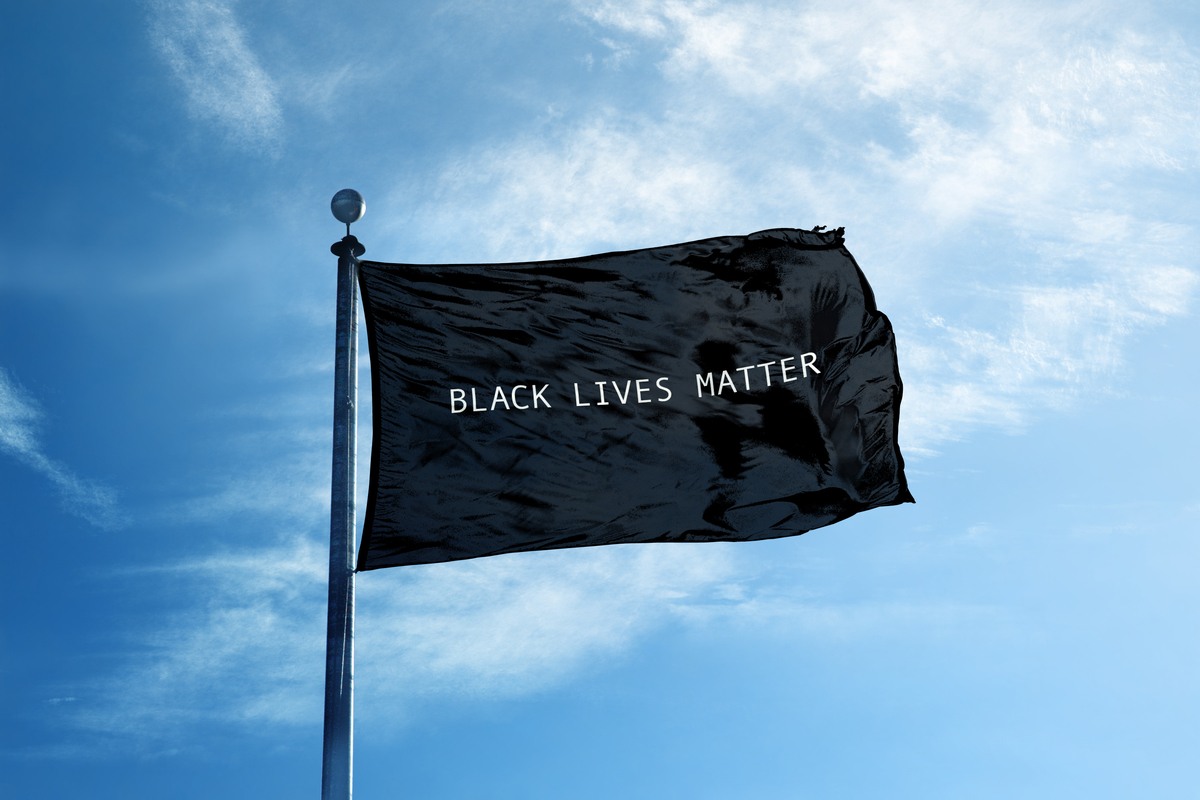