If Hemp Is Legal, Why Are People Getting Arrested For Hemp?

Despite the legalization of hemp in the United States, confusion remains among law enforcement, especially due to inconsistent state and federal laws. In a few rare instances, police are still arresting people over hemp products.

The 2018 Farm Bill legalized hemp, marking a major achievement for hemp advocates and the industry. Under the law, states can make their own laws around hemp and CBD. However, they aren’t supposed to interfere with interstate commerce or Native American groups using hemp.

Due to a lack of awareness, even these rules are inconsistently applied. Prohibition is still having its effects on the nation. And some innocent people are suffering from it.

In some cases, one unintended consequence of hemp legalization is less police enforcement of laws around psychoactive cannabis (“marijuana”). Some police in Texas and Florida say they’re no longer prosecuting low level cannabis crimes because they can’t differentiate legal hemp from illegal marijuana.

But in other cases, police are still cracking down on a few stores for selling CBD, and more rarely, CBD consumers. Many states are struggling to develop their own set of regulations even as CBD stores pop up all over.

It’s important to note that thousands of people use CBD every day, safely and without legal consequences. According to a recent Gallup poll, 14% of Americans have tried CBD products. You can buy CBD online and get it shipped anywhere in the U.S. and it’s even sold in many natural grocery stores and some drugstores.

Still, we wanted to look at some recent notable exceptions to see what they can teach us about the state of hemp in America.

Truckers in Idaho arrested over hemp

“Local law enforcement shouldn’t be allowed to test [hemp] in the field because there is so much variance between the tests.”

Cannabis attorney Frank Robison, on the Ministry of Hemp podcast

The law has no ability to protect you if authorities can’t tell the difference between hemp and marijuana. Of course, you may eventually be able to get out of a nasty predicament. But sometimes at the cost of an arrest, fines, and potential jail time.

At the end of January, two truck drivers working with the Big Sky Scientific, LLC were transporting hemp through Idaho. At a weigh station, law enforcement picked up the smell of “marijuana” and, after taking a look, seized the product and took the truck driver into custody.

We talked with lawyer David E. Landau of DuaneMorris, the firm currently battling the issue, on the prospect of events as such happening to anyone.

“We now have to advise clients, if you’re shipping hemp, stay out of Idaho and several other states,” Landau proclaimed. “And it just raises questions about what triggers the perpetuation of the act.”

These and similar incidents are severe enough that the U.S. Department of Agriculture (USDA) released a legal opinion on May 28. They emphasized that the 2018 Farm Bill prohibits interference with interstate commerce of hemp and hemp products. This is regardless of whether you can sell, process, or grow hemp within that state.

The arrests provoked a backlash both from truckers and Idaho lawmakers, some of whom hope to pass new laws to prevent future occurrences. In the meantime, some police officials are still threatening to arrest truckers for transporting hemp through the state.

After opening a vitamin supplement shop almost two years ago, Jacob Johanson saw the medical potential in CBD and quickly expanded his offerings.

“I was under the assumption that we were good to go after the Scottsbluff case had been thrown out and after the signing of the Farm Bill 2018,” Johanson told the Ministry of Hemp, referring to another police raid in Scottsbluff, Nebraska.

When he put up a Facebook post promoting his products, police informed him cannabidiol is still illegal in Nebraska. He quickly took down the post along with the products he had put on the shelf.

“The local police performed an undercover sting on my shop later that week,” Johanson explained. “The undercover cop informed me that he is a detective and they just performed a sting to ensure I was no longer selling CBD.”

“Once I stopped selling CBD my customers insisted that CBD is a necessity and was the only thing that helped them with pain,” he continued. “I empathize with my customers and wished I could do more for them but informed them that, due to the local police, I am no longer able to sell CBD.”

“I was then informed by my customers that other businesses were, in fact, selling CBD and that is where they went once it was no longer available at my location.”

Johanson took actions as any other person in an extremely competitive business would. He began selling CBD again a few months later. But he only sold to customers he knew or those who were referred by people he knew.

“It has no doubt been one of the more challenging times in my life.”

“To be honest, I was scared for the future of my business,” Johanson told us. “We are a vitamin, supplement and training shop. Not strictly CBD. So, I also had to take into consideration the rest of my business.”

Word got out and Johanson ended up selling a tincture and salve to an undercover cop. Police charged Johanson with possession and sales of a controlled substance. Fortunately, he wasn’t arrested, his assets weren’t seized, and his shop wasn’t closed down. Needless to say, this was a relief, though a bit of a surprise.

“That is a big hit for a small business owner like myself. Needless to say it has been a very stressful time. Not knowing what is going to happen to your business, your loved ones, and your life in general. It has no doubt been one of the more challenging times in my life.”

The unfortunate truth is Johanson is one of several who CBD vendors hit with challenging times. Other stores, like Cajun Cannabis in Lafayette, Louisiana, also faced police actions.

A similar story took place outside Disney World in Orlando, Florida in May. Police arrested Heather Burkhalter, a great-grandmother with arthritis, for having CBD oil on her.

One interesting feature of Burkhalter’s story: she was carrying a CBD isolate, meaning the product didn’t even have the tiny amounts of THC allowed under federal law. Furthermore, she even took precautions to carry around a note from her doctor.

However, that didn’t stop her arrest which led to a felony charge, 12 hours in jail, and a bond of $2,000. Her arrest was based on a THC test that came back positive even though the CBD product claimed to have none.

Police field tests are notoriously inaccurate, which is one factor leading some jurisdictions to stop prosecuting for small amounts of cannabis altogether. They simply don’t have the equipment, or the people power, to test every sample accurately.

Police eventually dropped Burkhalter’s charges. Still, these situations as such are more than just a hassle. They can hurt someones livelihood. And these incidents of people getting arrested over hemp challenge our right to access natural, legal plant-based supplements like CBD.

Michael Bronstein, president of American Trade Association for Cannabis and Hemp, had some advice to share.

“I’m most concerned as to whether or not there’s clarity in the pathway going forward,” he said. “That there are practices that are adhered to.”

“The past of CBD is not likely to be the same as what the future of CBD is,” Bronstein explained.

The hemp industry nervously but eagerly awaits upcoming regulations from the FDA over the use of CBD in nutritional supplements. Some things are clear, especially after recent crackdowns on some CBD companies.

“People also have to be cautious about making medical claims,” said Landau.

“To say CBD is a treatment for anything is also prohibited under FDA rules. Unless you’ve been approved for a drug, like Epidiolex for example, you can’t make claims like CBD products relieve anxiety, back pain, headaches … none of those claims are appropriate right now.”

Still, with so much money already invested in hemp, Landau expects to see a clear path forward. “This is an important American business that we see developing here.”

We define the future of hemp

If you’re thinking about becoming a CBD business owner, Landau declared you’re going to need to “get a good lawyer!”

While we suspect arrests of CBD consumers and raids on legal CBD stores will soon be a thing of the past, regulations around hemp will remain complex. Maintaining compliance with laws and regulations is already a full-time job at many CBD companies, adding to the cost of CBD products.

As for the truckers, hemp advocates hope paperwork showing they’re carrying legally grown hemp will be sufficient to avoid arrests. In a recent episode of the Ministry of Hemp podcast, cannabis attorney Frank Robison suggested this was an easier option than expecting police to operate complex testing equipment in the field. He explained:

“So long as they have appropriate documentation from the state that complies with the states, state law and regulations indicating that the hemp trust shipment is compliant … local law enforcement shouldn’t be allowed to test it in the field because there is so much variance between the tests.”

We can’t forget the massive potential of the hemp and CBD industry. And it’s people like you and I — business owners, consumers, and farmers — who are defining this industry. As hemp advocates, we can help by educating our communities and lawmakers about this plant and everything made from it.

2018 was a big year for the hemp and CBD community. Still, we have a ways to go to reach the future some lawmakers still don’t realize we deserve.

Kit O’Connell and Matt Baum contributed reporting to this article. 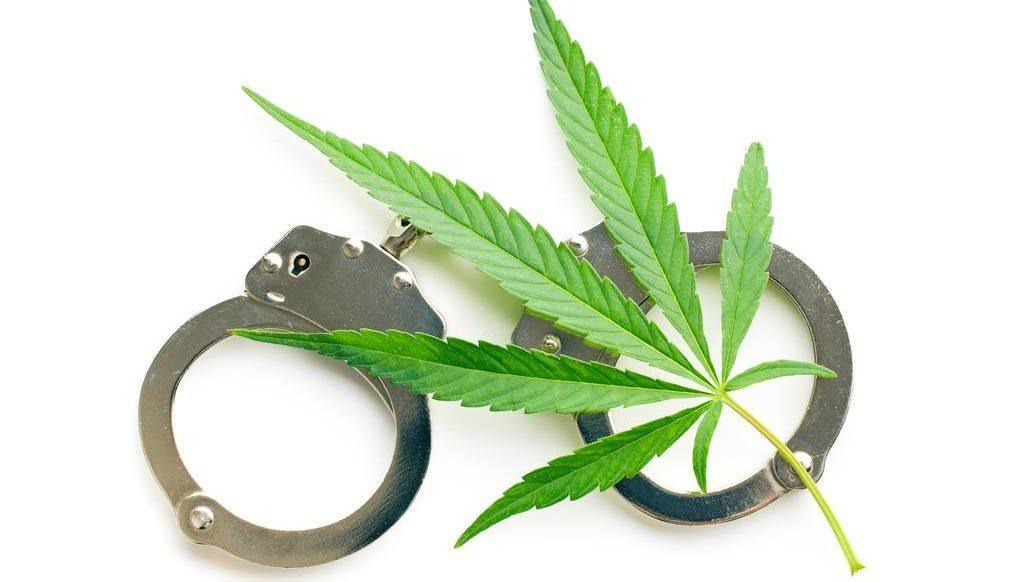