Jen Hobbs latest book, “American Hemp” makes the case for the importance of our favorite plant.

For the longest time, hemp activists had to convince people (especially, lawmakers) of the differences between hemp and marijuana.

Now that it’s becoming common knowledge, we have a bigger issue on our hands: convincing people that we need to start incorporating hemp into our lives. If you or anyone you know still needs persuasion, Jen Hobbs latest book, “American Hemp,” will do just that.

Available now from Skyhorse Publishing, these 290 pages are much more than just a catalog of hemp information. Hobbs ties hemp to the many aspects of our society that continue to substantially harm the earth, from the Environmental Protection Agency’s (EPA) allowance of harmful chemicals being sprayed throughout American neighborhoods to the toxic oil spills continuing to pile up in our oceans.

And through these dark realities, Hobbs offers insight on how hemp can help us.

“It’s important to address any misconceptions people might have about hemp,” Hobbs explained to us. “I hope to help people understand what the plant is capable of. To give them an overview of what the plant does and offer realistic scenarios on how it can help our economy and environment.”

This book not only explains the potential benefits hemp for enriching our planet, but also how we can encourage lawmakers to make hemp easier to access.

THE NECESSITY OF AMERICAN HEMP

In 2016, Hobbs and Jesse Venture co-wrote “Marijuana Manifesto.” An inside look at all the benefits of cannabis, one chapter was dedicated specifically to hemp. Hobbs realized she had much more to say about this topic.

“There was just so much information I wanted to research further and expand upon,” Hobbs said.

The unfortunate truth is the general public and politicians continue to confuse hemp with marijuana. For Hobbs, this was one of the biggest motivations in writing “American Hemp.”

However, “American Hemp,” also offers a lot of information that isn’t about hemp itself. Rather, it’s about the ways in which other industries have negatively impacted our environment and economy. Through this information, Hobbs goes on to offer enlightening ideas of how hemp can solve these issues. Or, at least, be a part of the solution.

HEMP AND THE ENVIRONMENT

Climate change, deforestation, chemicals filling our soil, and waste products floating in our oceans. Both environmentalists and policymakers have been trying to solve these problems for years. Unfortunately, with every bit of effort they put in, it seems industry finds a way to produce worse harm.

Take what the book refers to as “America’s Lead Epidemic” as an example. According to the EPA, lead poisoning is the number one environmental health risk for American children. Not only is it found in various public and private water pipes, but it’s found as a base in housepaint and even pollutes the soil of our backyards.

In turn, many children are threatened by irreversible brain damage due to the escalated amount of lead in our environment.

Yet, hemp offers a solution. Because hemp “soaks up” toxic chemicals, places like Italy cultivate cannabis plants for pollution clean up. It’s not just effective, but cost-efficient too. Hemp saves the Italian people and government stacks of money compared with other clean up methods.

The country is currently digging up contaminated soil in various public spaces and replacing it with non-polluted soil. However, this takes years to complete and costs millions of dollars. Hemp is not only cheap but can clean up the soil — at least, to some degree — within one cultivation season.

This is simply one example of what Hobbs offers within “American Hemp” about how this plant can improve our environment.

Whether it’s biodegradable plastics, hempcrete (which creates carbon-negative buildings), or a clean source of energy, hemp’s environmental benefits seem infinite. This only grows more true as research continues. Many people look towards hemp as a possible solution to the earth’s devastation.

“There’s a lot of areas we’ve researched for and [hemp] just hasn’t had the chance because it’s been illegal,” Hobbs advocated. “We haven’t been able to capitalize on that and see what’s possible.”

The truth of the matter is hemp offers too many possibilities to ignore. Whether it’s cleaning the air, soil, or water — there’s a long list of benefits as to what hemp can do for our planet. And though some efforts have been taken, the world still hasn’t witnessed a major revolution to really make these efforts worthwhile.

Unfortunately, the damage done to the earth does go beyond hemp’s capabilities. Hobb’s book mentions this and even offers a few alternative solutions outside the cannabis plant.

Yet, there’s no reason we shouldn’t begin using hemp as a means of cleaning up our environment. The difficulty is no longer in science. There’s plenty of research and ability to begin using the crop for a variety of problems nature currently faces.

The difficulty is convincing those in power of these benefits.

Yes, hemp is now legal. But prohibition really damaged public insight into hemp’s benefits. Though we may be well aware of this already, politicians and lawmakers are still wary of using something that’s been connected to a psychoactive drug for so long.

Though hemp is legal on a federal level, states still have the ability to ban it from their respective territories. Similarly to how states have been able to legalize recreational cannabis even though it’s still federally illegal.

Idaho is a prime example of this scenario, where the state government recently voted against growing hemp.

Because this hemp bill failed, Idahoian farmers can be prosecuted if caught growing the plant. Since this conflicts with federal law, the Gem State was practically forced to write up a bill that allows transporters of hemp to pass through their state. Yet, if they’re caught unloading it or transporting without a permit, they will be charged.

The biggest issue with federal legalization is it hasn’t offered enough guidance to states to separately develop their own laws surrounding hemp. In turn, some have opted to ban hemp as though prohibition still exists unchanged while others — preferably, those states who’ve already embraced hemp — now have the ability to flourish.

Yet, Hobbs is well aware this battle is only going to continue. And she offers insight as to what we can do to fight back.

THE POWER OF BUYING HEMP

Within the film “Food Inc.” we’re taught that each purchase we make at the grocery store is a vote for which companies continue to expand. The very same is true for hemp.

“If any form of confrontation is too much to handle, then the easiest way to promote hemp is to purchase hemp products,” Hobbs wrote in her book.

If the demand for hemp continues to rise, the industry must deliver. Our purchase has more power in it than we may be led to believe. At the end of the day, we as consumers are the ones in charge of how this industry plays out.

USING OUR VOICE TO SUPPORT HEMP

We’ve come a very long way in our battle for prohibition. Just a couple of years ago, federal legalization seemed merely a dream. Now that it’s a reality, it’s safe to say our confidence in convincing legislators to become pro-hemp is strong.

This was one of the biggest influences for “American Hemp.” Though the book will help in our continuing efforts to convince the public, it holds even bigger importance. The information contained within these 290 pages offers more than enough arguments to influence our local politicians. All of which are backed by hundreds of reference sources.

“For us [Hobbs and her husband], at least for the immediate future, to try to be as helpful as we can locally,” she proclaimed. “To make sure we can continue to have access to hemp.”

You can check out Hobbs’ “American Hemp” blog for more from her about hemp. 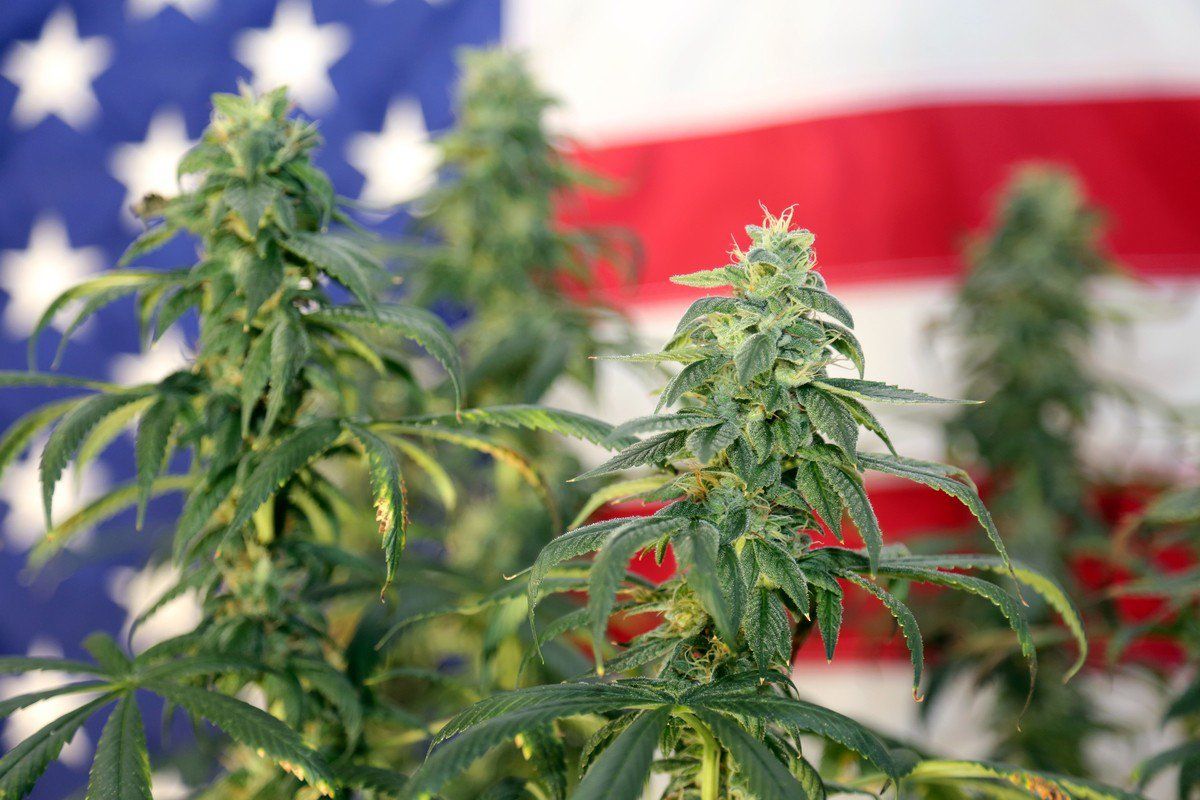